How are our books arranged on the shelves? 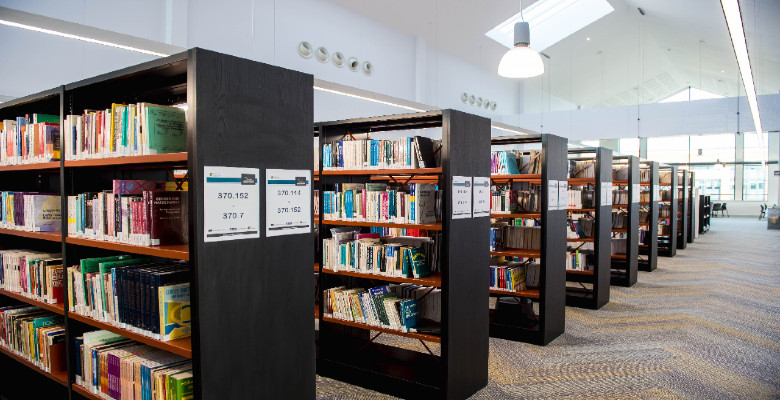 A sign on the end of each bay of books lists the subjects that are in each of the bays, with their numbers.

Each of these main classes is split into ten divisions, e.g.

There is generally then a decimal point, after which the subject is sub-divided further. The decimal point makes the number easier to read, but has no mathematical significance!

At UWTSD, we also use a three-letter suffix after the numbers.

This helps locate an individual work on the shelf.  E.g.

Dewey®, DDC® and Dewey Decimal Classification® are the proprietary trademarks of OCLC Online Computer Library Center, Inc. and are used with permission.