Fabio Silva, a lecturer at the Sophia Centre at the University of  Wales Trinity Saint David, has delivered a talk in Valletta entitled ‘Red Star and Snowy Mountain: Landscape, Skyscape and Megalithism in Neolithic NW Iberia'. 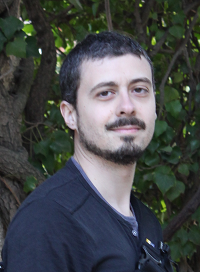 It introduced the field and methodologies of archaeo-astronomy as complementary to other archaeological approaches.  Fabio then applied them to the specific cases of the megalithic structures built in Northwest Iberia during the mid to late Neolithic period (c. 4000BC).

The archaeological record of the European Neolithic period is marked by thousands of megalithic monuments of varied styles.

Patterns in the orientation of similar megaliths betray a deliberate intent in their construction that can, in some cases, be related to topographic features or celestial events of prominence in the cosmology of their builders.

The talk, part of the Archaeology Society Malta lecture series, was held at the Superintendence for Cultural Heritage, 173, St Christopher Street, Valletta. It was sponsored by APS Bank.