Menna Elfyn, Emerita Professor of Creative Writing at the University of Wales Trinity Saint David (UWTSD) has launched a new bilingual version of her popular volume, Murmur - in Welsh and Catalan. 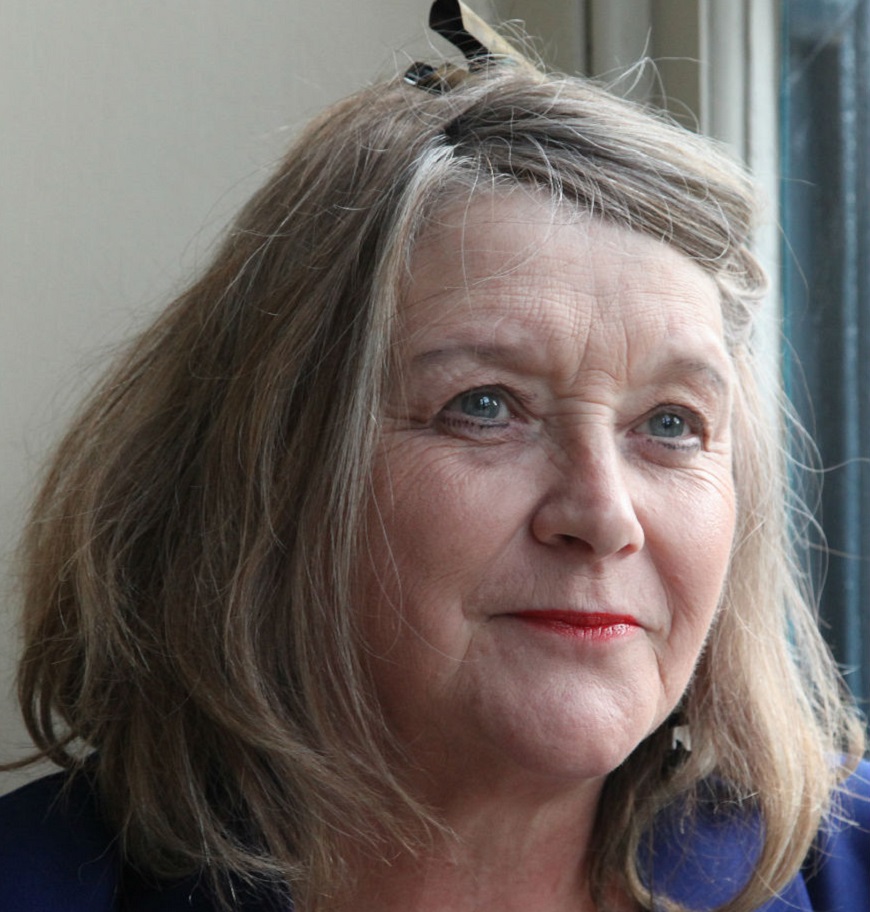 Translated from Welsh into Catalan by poet and translator Silvia Aymerich, Menna and Sylvia recently celebrated the publication of their book with two very special events - one at Canolfan S4C Yr Egin in Carmarthen and another at the Senedd in Cardiff.

The first event was held at Canolfan S4C Yr Egin - a creative and digital centre based on UWTSD’s Carmarthen campus – and featured readings by Menna and Sylvia, giving the audience an opportunity to hear the sound of the poet's words in two different languages.

The following day, another event was held at the Senedd in Cardiff hosted by Elin Jones AM, Presiding Officer of the National Assembly along with Carles Torner, Chief Executive of PEN International; Eluned Morgan AM, Minister for the Welsh Language and International Relations and UWTSD’s Professor Elin Haf Gruffydd Jones.

“I've been to Catalonia many times and I met the poet and translator who translated the volume back in 1995 ...... she later came across one of my poems through someone else and decided to translate it – and kept going - and very soon we had a complete volume,” said Menna. “At about the same time the campaign for independence in Catalonia was taking place and therefore some of the poems, for example the one about Catrin Glyndwr being imprisoned, resonated with what is happening there at the moment.”

Discussing the experience of translating Menna's work, Sylvia Aymerich said: “Menna helped me a lot.  I sent her lots of questions all the time.  I used lots of dictionaries and i trïed to learn a little bit of the language because there was a magnificent English version but I wanted to know the exact words in Welsh and what they meant and what the history and the story behind each word was. Menna was so helpful. She gives us wings – and for a translator and for a poet it is very important  to have wings when you translate another poet.”

Menna Elfyn's work has already been translated into 20 languages ​​including Chinese, Spanish, Italian, Lithuanian and Catalan and she is delighted to see her work reaching new audiences through the numerous translations of her work.

“It's great to be translated by people who are poets who have a passion for it because it's not prophetic; people do it because they want to share something of our culture with their own - or they see some connections - and that's a lovely thing for a poet who writes only in Welsh - to find out her work is in Hindi or on a poster in Portugal.  It shows that our world is basically a small world and with poetry, it is even smaller.”

Professor Menna Elfyn was the Creative Director of the MA Creative Writing programme at UWTSD until her retirement last year.  She was recently appointed Emerita Professor at the University.

For further information on the Creative Writing courses offered at the University of Wales Trinity Saint David, please visit https://www.uwtsd.ac.uk/ba-creative-writing