A new book featuring essays from leading figures including Dame Ellen MacArthur and Helen Browning OBE, chief executive of The Soil Association, proposes a principle that could potentially solve a huge range of the world’s biggest problems, from climate change to poverty. That principle is harmony. 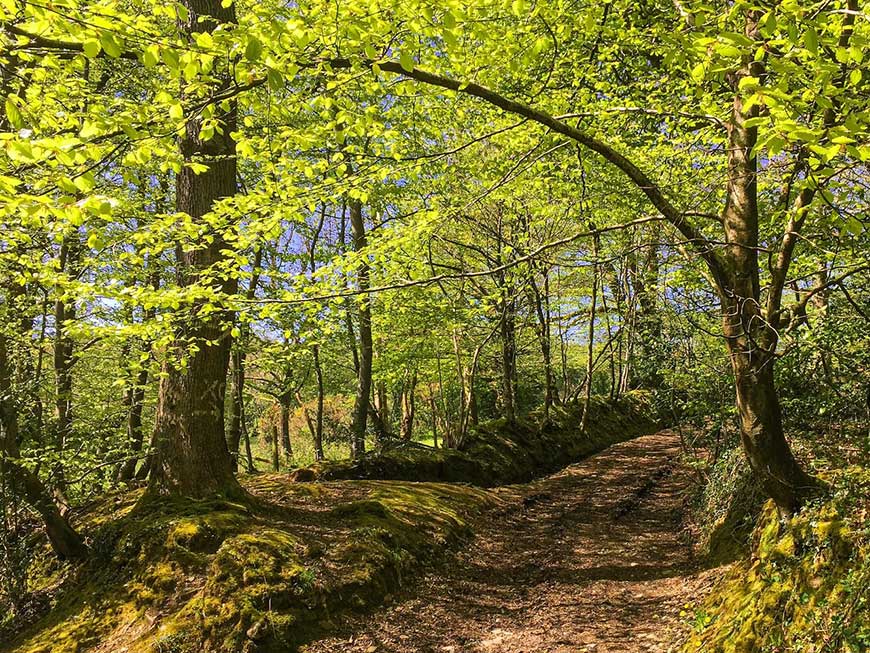 The book, titled The Harmony Debates: Exploring a practical philosophy for a sustainable future, has been published by the Sophia Centre Press in partnership with the University of Wales Trinity Saint David and the Sustainable Food Trust.

It contains 43 chapters by 47 authors from diverse backgrounds, including John Sauven, head of Greenpeace UK, the scientist Rupert Sheldrake, and the composer John Eliot Gardiner. UWTSD contributors include Harmony Professors of Practice Tony Juniper, David Cadman and John Sauven, Angus Slater, Louise Emanuel, Luci Attala, Caroline Lohmann-Hancock, Nicola Welton, Tania Davies and Mike Burke. Each tackles the theme of harmony from a different angle. MacArthur, for instance, discusses the concept of the circular economy, where reuse of materials and waste reduction are core values, while Sheldrake addresses the spiritual concept – increasingly validated by science – that the cosmos is not an unconscious machine, but is more like a living organism.

Underpinning this concept, and running through all the essays, is the proposition that everything is connected – from natural systems to our seemingly separate consciousnesses, and that damage to one part can damage the whole.

It follows that any system (such as agriculture, the economy, the environment for example) can be improved by creating harmony within it – for example, by ensuring fast fashion is not exploiting workers on the other side of the world, or that farming practices do not damage native plants and wildlife.

The book’s editor, Dr Nicholas Campion, Associate Professor in Cosmology and Culture at UWTSD, said that bringing these essays together was an inspiring experience.

“One theme that emerges is that in the world we’re making now we need fewer financiers and bankers – we need to measure success differently, in terms of personal fulfilment, and respect the contribution of people like teachers and care workers,” he says.

“Another theme is the idea of enchantment in nature – the idea of valuing nature through experiencing it, being swept away by immersion in meadows and valleys and woods. We have lost the ability to see how magical nature is and how to feel we totally a part of it.”

The perspectives in the book are wide-ranging. Sneha Roy, a doctorate student at UWTSD specialising in women’s participation in religious movements, leadership, conflict management and interreligious dialogue, penned the chapter titled Rethinking Women and Leadership in Myanmar: a prerequisite of a harmonious society.

She says: “I have been working in the field of peace-making and dialogue processes since 2013, and even to this day, I am amused at the very many ways in which 'harmony' is defined, understood, practiced, constructed and deconstructed.

“When Professor Campion discussed his preliminary ideas with me, I was more than thrilled to be able to contribute. At that point, I was working for my doctorate research with Buddhist nuns in Myanmar, and I thought it would be interesting to explore the concept of idea with a gendered lens in a region that is little studied - Myanmar. In my chapter, I argue why it matters to involve women in formal peace-making processes for a harmonious society, and how harmony can be sustainable only when it is inclusive.”

Alan Ereira, an award-winning BBC documentary producer with BBC radio and TV who collaborated on several history books with former Monty Python Terry Jones and is known for his two films about the Kogi people of Colombia, returned to this topic for his contribution:

“I have been privileged to be taken, over 30 years, into the pre-Columbian mental world of the Kogi,” he says.  “It is even remoter and more difficult to access than their material one, a steep glaciated tropical mountain. They believe they were made as a bridge between transcendental consciousness and material substance, with the task of holding the balance that allows their complex space to thrive and keep the world alive.  They charged me with telling us ‘younger brothers’ that we are making their work impossible, threatening everything.”

As well as being thought-provoking, the book puts forward practical ways that harmony can help to improve the world – for example, through total cost accounting, which takes into account not only profit but also the hidden cost of the actions of a business, such as causing pollution or oppressing workers.

HRH The Prince of Wales inspired the book’s creation: he is the Royal Patron of UWTSD and in 2010 he published a book called Harmony - A New Way of Looking at our World, which argued that to achieve sustainability the world needs need a guiding philosophy – and that harmony, a principle found in cultures all over the world and in modern science – could fulfil that role.

UWTSD decided to conduct research into harmony and how the principle could be practically applied in the world. The result was the formation of the Harmony Institute within the university in 2019. The institute holds an annual conference on the theme of harmony at its Lampeter campus, and this work fed naturally into creating a book on the subject.

Dr Campion, who is director of the Harmony Institute, says it could not have come at a more crucial time.

Contributor Tony Juniper CBE, Environmentalist and co-author of Harmony with HRH The Prince of Wales and Ian Skelly, agrees that the book is timely: “Our world is at a turning point and desperately needs new ideas to shape a more secure and sustainable future,” he says. “The Harmony Debates draws together a very different way of looking at the challenges before us, and the remedies to them, encouraging people to think more deeply and differently about the choices we might make.”