A new EP by multi award-winning Swansea-based pianist, composer and songwriter Ify Iwobi, co-produced with Dai Griffiths, a student from the University of Wales Trinity Saint David (UWTSD), has been taking over the airwaves. 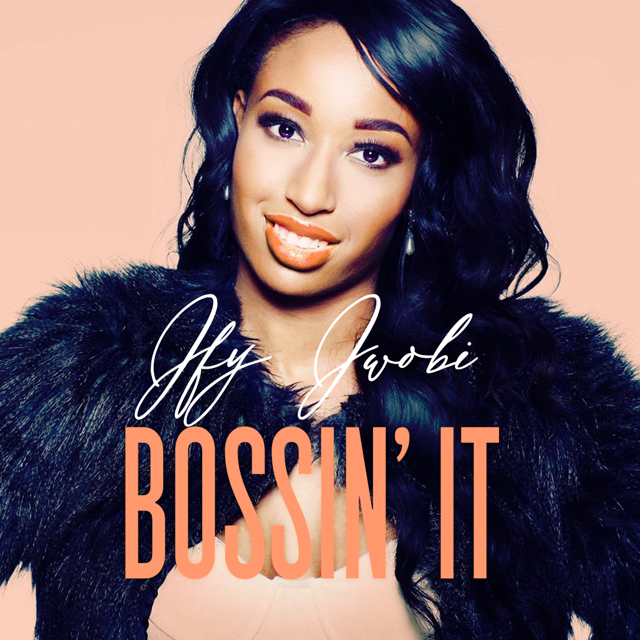 Two of the three tracks on the Bossin’ It EP - Thinking About You and Love Rapsody - have been designated BBC Radio Wales Welsh A-List tracks. The title track, Bossin’ It, was included on a mixtape by Horizonscymru, a scheme delivered by BBC Cymru Wales in partnership with Arts Council Wales to develop new, independent contemporary music in Wales. The track has also been played on BBC Radio Wales’ Adam Walton Show.

Ify Iwobi is a Welsh/Nigerian classical/contemporary pianist and composer who studied Music Performance at Brunel University in London. She has performed extensively around Wales in settings such as Wales Millennium Centre, The Royal Welsh College of Music and Drama and the National Museums of Wales. She met Dai when she performed a lockdown special for UWTSD students and staff earlier this year.

Dai assisted with technical support for the lockdown performance. He has a First-Class honours degree in Music Technology from UWTSD and is currently studying for a Master’s in Sound at UWTSD. He also runs his own freelance music service, Dai Griff Productions, an audio engineering and music production business. Its primary objective is to provide services covering everything from the writing stage of a composition to the finishing mastering stage of a song.

After the UWTSD livestream, Dai and Ify got talking and decided to work together on an EP.

“The parts I found the most enjoyable when working with Ify were her attention to detail and her steadfastness when it comes to getting the sound that she wants,” says Dai. “On all the productions so far, she has voiced her opinions about every detail and I humbly follow her direction. She knows what she wants, which makes the creation process much more enjoyable.”

The resulting tracks have not only broadened Ify’s fanbase; they have also had favourable effect for Dai too.

“I have seen a boost in clients, most notable in which is Steve Balsamo who played the lead role in Jesus Christ Super Star, and Mal Pope who is a Swansea local celebrity and BBC radio host,” he says.

For Ify, working with Dai during lockdown was a different experience from her usual way of recording, but the pair managed to make it work while complying to lockdown rules.

“During Covid, it is easy to feel down about not having physical access to produce and perform,” she says. “You have to be innovative and adapt with the times. Even if we couldn't meet physically, we could still discuss ideas and make the product in another way. Surprisingly, all the production of the Bossin' It EP was done over the phone, where Dai and I would work for about three hours or more to lay down the beat for tracks. It was different but it worked.”

“I really wanted to focus on my Nigerian roots in this EP as I had explored my British side in my album,” says Ify. “I was inspired by hard working women and black artists in the field such as Beyonce, Rihanna to make Bossin' It, the title track.

“I loved sharing musical ideas with a producer who supported my vision. Dai worked hard and stopped at nothing until I was happy with the result. That meant countless hours on the phone producing and amending drafts of tracks until we reached the end product. I liked working with someone with a similar work ethic to myself – focused on getting the product correct every time. Dai is also versatile in producing many genres. While it was his first time producing R'n'B/Afrobeat, he took to producing all of the tracks like he had done it for years.” Both Ify and Dai are delighted at the response to the EP, with positive feedback coming from fans and from the presenters who have been playing the tracks for weeks on the radio.

“The reception has blown me away beyond my wildest dreams,” says Ify, who is now planning to release more work completed with Dai.

“I have produced more R'n'B/Afrobeat tracks with Dai Griff Productions which will make up an album being released next year in Summer 2021,” she says. “I am collaborating with different artists in other styles such as singer songwriter and electronic genres. There will be releases of those tracks next year. I will also be performing solo and with my band around Wales and further afield.”

On top of that, she is working with the British Armed Forces Orchestra, with whom she will be performing an Orchestral Version of her classical piece Flying High, which featured on her album Illuminate.

“I have got a lot in the works and I’m looking forward to what's next!” she says. “I'd like to thank Professor Medwin Hughes, Vice Chancellor of UWTSD, who supported my Lockdown Performance and effectively opened the door to this partnership. I am delighted to be linked to a University of excellence such as UWTSD.”