Swansea: officially a great place to start a graduate business 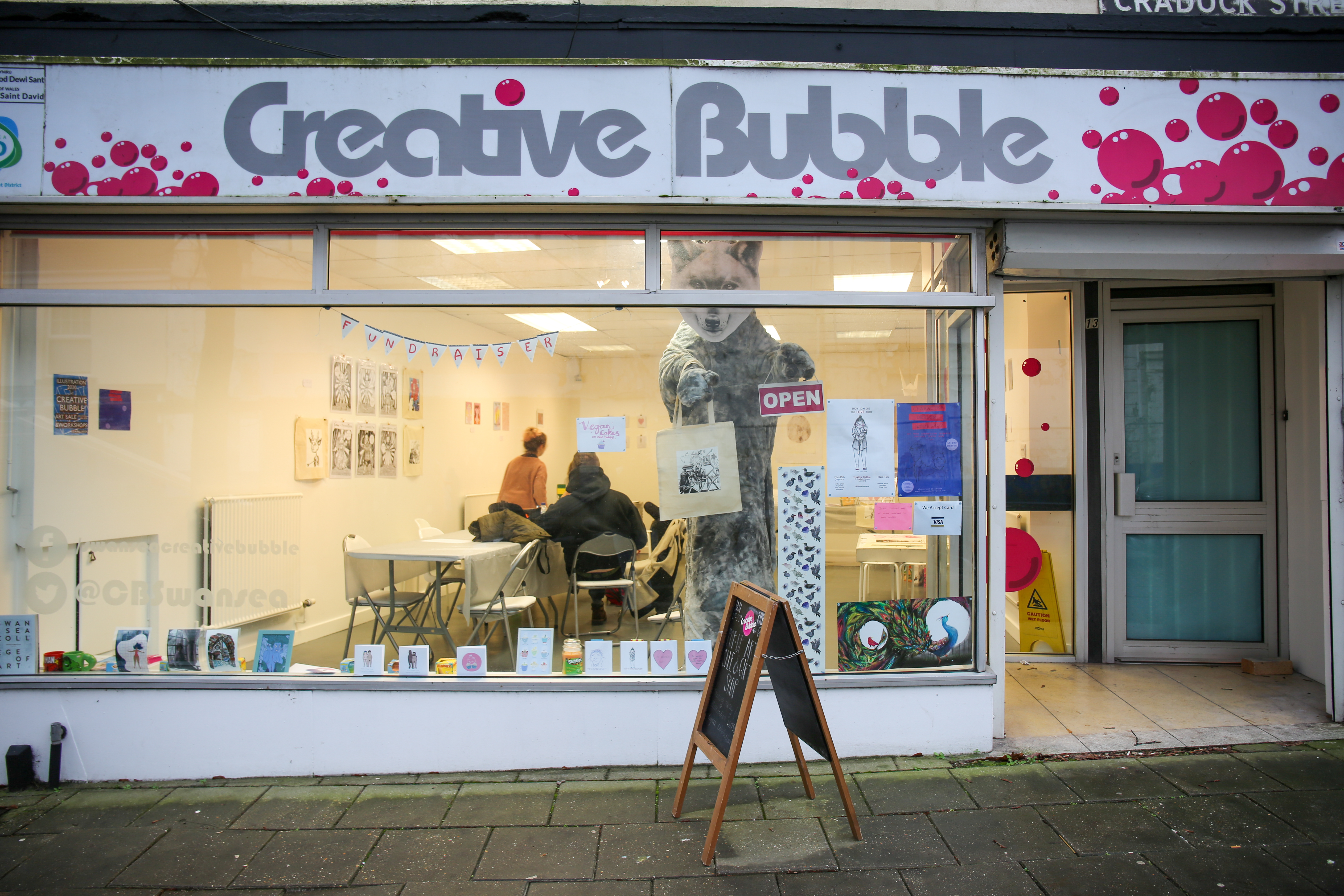 In particular, Swansea scored high in its ability to retain university graduates and reasonable office space costs. University of Wales Trinity Saint David has always encouraged creative entrepreneurial thinking amongst all its students and graduates via Creative Bubble – a partnership between Swansea BID and UWTSD. It is an empty shop that provides students with a safe environment to try out their enterprising ideas such as pop-up shops, exhibitions, performances and workshops. As a result of the initiative, many students have gone on to work as interns at local organisations or start up their own businesses.

We spoke to our students and graduates to ascertain why they think Swansea has scored so highly in the poll:

1. It’s a city by the sea and that means you really can have the best of both worlds – you benefit from the networking, buzz, economic perks of a City and then spend the evenings on the beach

3. UWTSD encourages students to consider creative freelancing as a career – its flexible and means you can even do it alongside another job. They also offer loads of support and advice to start-ups – you never feel alone.

4. A proven track record in enterprise and start-ups

6. Flexible working environments such as Tech Hub, The Hive, Indycube

7. The support of organisations such as Swansea BID, Coastal and City & County of Swansea. They want you to be successful

9. People are really friendly– there’s no big city anonymity in Swansea. There are networks of small businesses who offer support and positively want to collaborate with you

10. Cost of living is low in Swansea and house prices are very reasonable

Russell Greenslade, Chief Executive of Swansea BID (Business Improvement District) said: “It is no surprise to see Swansea coming out so well in this study. Our City Centre has very competitively priced office space, a great existing network of business services, it offers some of the best work-life balance opportunities in the UK and you only have to look at the cranes in the sky and the ambitious plans and schemes unfolding as part of the Swansea Bay City Deal, to see that we are preparing for a bright and prosperous future. We are seeing much interest from investors at the moment, who are keen to take advantage of what we have on offer here, and despite the testing times we have faced, UK-wide in recent months, the future is a positive one. Let’s get back to business.”

If you are a UWTSD student or graduate, you can contact Kathryn.penaluna@uwtsd.ac.uk for enterprise support or lucy.beddall@uwtsd.ac.uk if you’d like to talk about Creative Bubble.