UWTSD academic, Dr Rebekah Humphreys, has welcomed the new Wild Animals and Circuses (Wales) Bill which seeks to ban the use of wild animals in travelling circuses in Wales. 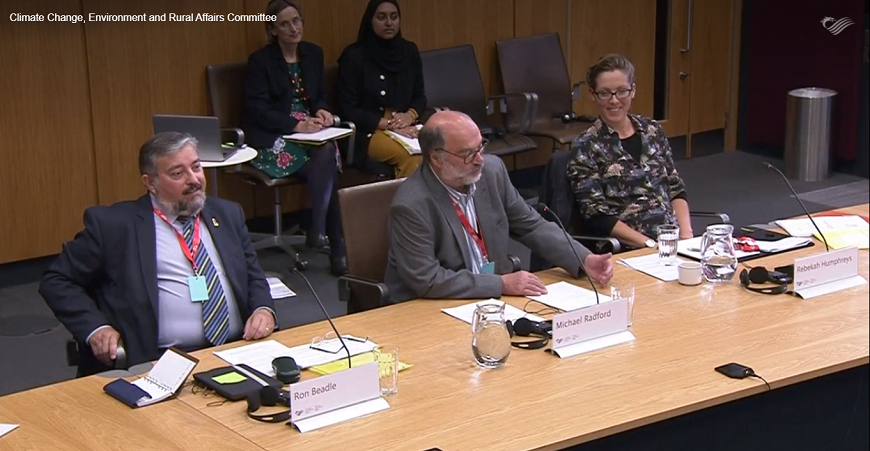 The Bill was introduced just over a year ago, following consultation which saw thousands of members of the public make their views known.  There were more than 6,500 responses to the public consultation on the draft Bill, with 97% of respondents supporting the introduction of a ban.

As part of the consultation process Dr Humphreys was invited to present evidence at an oral evidence session for the Climate Change, Environment and Rural Affairs Committee.  The ban on the use of wild animals in circuses in Wales will now come into place on December 1 this year.  Reacting to the news, Dr Humphreys, Lecturer of Philosophy at UWTSD’s Lampeter campus, commented:

“I was delighted to have the opportunity to attend the Welsh Parliament’s Climate Change, Environment and Rural Affairs Committee to present evidence on a matter that is very close to my heart.  I’ve been campaigning and lobbying for such an Act for 30 years and publishing papers on animal ethics for the past 12 years.  The introduction of this act is a ground-breaking moment and a very important statement.

It also shows the trickle-down impact of Philosophy research.  There is no moral justification for the use of wild animals in circuses  and this bill recognises these animals, not only as individuals with value in their own right whose instinctive tendencies cannot be exercised in the circus environment, but creatures whose dignity can be violated.

No longer will these animals be considered as just property that can be ‘paraded’ if one merely has a license to do so.   Instead, the licensing legislation is to be replaced with a total ban on the use of wild animals in circuses in Wales.”