A Business and Management graduate secures a job with a major global company, weeks after finishing his degree.

A BA Business and Management graduate from the University of Wales Trinity Saint David has managed to secure a job with the major global company ‘Keyence’, weeks after finishing his degree. 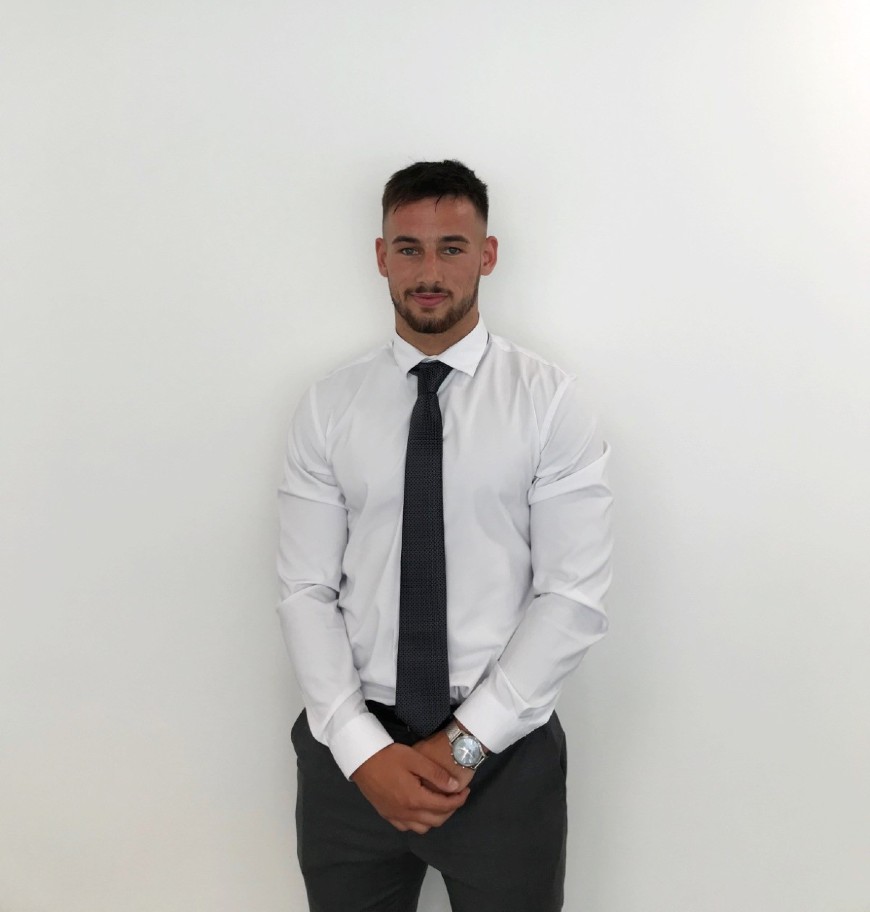 Jordan Evans from Llanelli originally decided he wanted a gap year and a break from education to concentrate on his rugby career. At the time he played for Llandovery RFC, a semi-professional team. Jordan wanted to stay local, and discovered that studying with UWTSD was an option for him, and he’d be able to carry on with other things as well. After enrolling, Jordan found out that his timetable enabled him to balance between his university work and rugby training.

Jordan thoroughly enjoyed the course, but particularly liked the accounting and finance and marketing modules. The level of support and guidance that’s given to students was also something that Jordan praised.

“ The way the UWTSD is set up in Carmarthen is different to other Universities. You get to know your lecturers, sometimes on more of a personal level… they’re very approachable and responsive, and they offer a lot of help where some students might need it… it’s more intimate learning I guess. They always encourage you if you had any questions to ask, and they wanted everyone to have an equal opportunity to learn.”

Within the three years of studying at UWTSD, Jordan has noticed a major change in himself. “As a person especially I’ve changed. Going from Year 1 to Year 2, my grades… they weren’t the best. I didn’t really put as much effort as I should in to it as I could have, but I knew that in the third year, if I did buckle down, I’d be able to get a first, which is what I aimed for. The lecturers always pushed me to do well… they knew I was able to do more, but I was lacking in the effort.”

As Jordan pushed himself, he finished his degree with a first, and has also managed to secure his first job with the major global company ‘Keyence.’ Jordan had an idea of the type of work he wanted to go in to; consulting, sales, or something similar within the business environment. Through his own research, Jordan created a LinkedIn account that helped him look for a suitable job. Companies that were looking for graduates contacted Jordan through his LinkedIn account, and he decided to apply for the post. After a few assessments, Jordan secured a job as a technical sales engineer in West London with Keyence. In his job, Jordan admits that the skillset learnt from his degree has become useful, especially elements such as organisational skills and time management.

Jessica Shore, Programme Manager of Carmarthen Business School is very proud of Jordan and his development:   “To watch Jordan grow not just as a student but as a person, has been an absolute pleasure for us at Carmarthen Business School.  We are thrilled that he has gained such a fantastic position so soon after completing his degree and know he will fulfil his role to the best of his ability.  Congratulations Jordan and all the very best for the future.”