Swansea woman Jessie Donaldson who bravely fought slavery in America around 170 years ago has been honoured by her home city today on June 19, (also referred to as Juneteenth) - the oldest known celebration of the ending of slavery in the United States. A blue plaque has been installed by Swansea Council outside the University of Wales Trinity Saint David’s (UWTSD) Dynevor building in the city centre to celebrate the actions of the campaigner.

A video documenting Jessie’s journey has been created by Timi O’Neill, Programme Director of BA Film & TV at UWTSD's Swansea College of Art and can be viewed here: https://www.uwtsd.ac.uk/news/press-releases/press-2021/anti-slavery-campaigner-is-honoured-with-blue-plaque-.html.

Cllr Yvonne Jardine, Swansea Council’s Councillor Champion for Sanctuary and Inclusion said: “The blue plaque recognises Jessie Donaldson’s role in the long fight against slavery in the United States which culminated in the American Civil War. Juneteenth celebrates the emancipation of those who had been enslaved in the US so it’s apt that the day was chosen for the unveiling of the plaque.”

Cllr Robert Francis-Davies, Swansea Council’s Cabinet Member for Investment, Regeneration and Tourism said: “I’m pleased that we’re honouring Jessie Donaldson on such an important day in the anti-slavery calendar. After moving from Swansea to America, she provided sanctuary for slaves escaping from the southern US states to reach freedom in the north. Today, Swansea is designated nationally as a City of Sanctuary and so it’s fitting that we recognise Jessie with this blue plaque.”

The blue plaque nomination was submitted to the Council by Swansea cultural historian Professor Jen Wilson, founder of Jazz Heritage Wales which is based in the city’s Dylan Thomas Centre as part of UWTSD.

Professor Wilson, who has researched Jessie’s life over many years, said: “Jessie Donaldson, at the age of 57, left Swansea to embark on an extraordinary life of international politics on a grand scale, her house on the banks of the Ohio river was the third of the Welsh safe houses for runaway slaves. Jessie’s friends in the anti-slavery movement were Frederick Douglass, a freed slave, fugitive slaves Ellen and William Craft, the fiery campaigner William Lloyd Garrison, and Harriet Beecher Stowe the author of Uncle Tom’s Cabin. Throughout the American Civil War Jessie worked alongside her friends, enabling fugitives from the plantations across the river to seek freedom. Jessie returned home to Swansea in 1866.”

Whilst undertaking research in Cincinnati, Professor Wilson made several visits to the National Underground Railroad Freedom Center in Cincinnati. The Center is an impressive building on the Ohio riverbank where the history of slavery is told through film and oral history. Visitors are able to step inside one of the original slave holding pens where chained slaves were held awaiting a ship. The Center's Senior Research Historian Carl Westmoreland identified the old holding pen in a field then in disrepair, secured funding, and had it rebuilt in the Freedom Center. The Center is now filled with children, students, and families, all learning their heritage. “Mr Westmoreland agreed to help our project and filmed his story, which is now part of our archives as well as the Freedom Center's,” added Professor Wilson. Swansea musician and composer Ify Iwobi said: “'Jessie Donaldson is an inspiration to us all. She worked tirelessly to free slaves held in bondage. It is important that her work is recognised, as slaves tied in chains were freed. The Blue Plaque will be installed in memory of Jessie Donaldson and her contributions to society. Young people like myself will see it and know that it is our right to be free and accepted, whatever colour of skin or status. Salutations to Jessie and all that she achieved in her life; it is an essential part of history.' 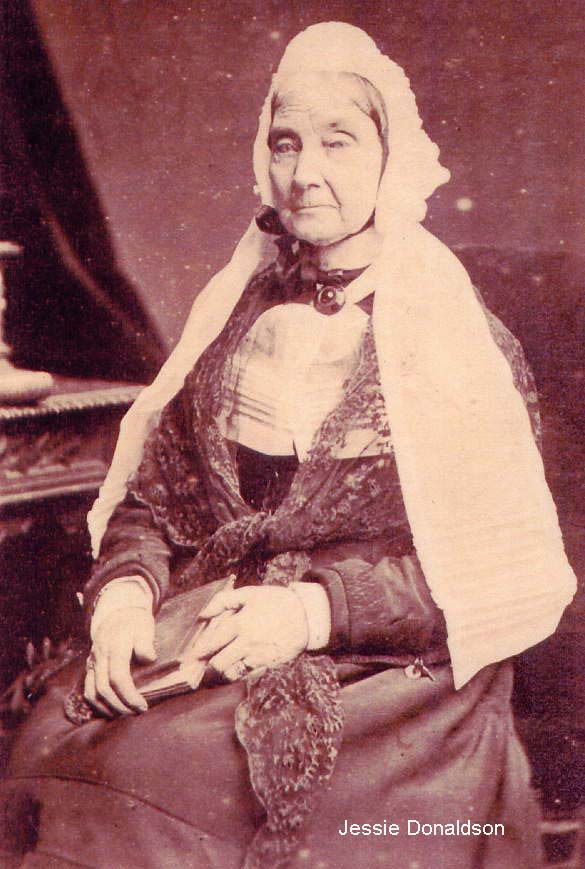 Juneteenth is the oldest nationally celebrated commemoration of the ending of slavery in the United States.  Dating back to 1865, it was on June 19th that the Union soldiers, led by Major General Gordon Granger, landed at Galveston, Texas with news that the war had ended and that the enslaved were now free. Note that this was two and a half years after President Lincoln’s Emancipation Proclamation - which had become official January 1, 1863. The Emancipation Proclamation had little impact on the Texans due to the minimal number of Union troops to enforce the new Executive Order. However, with the surrender of General Lee in April of 1865, and the arrival of General Granger’s regiment, the forces were finally strong enough to influence and overcome the resistance.