BA Filmmaking Student graduates with a First after a rollercoaster of year.

A BA Filmmaking Student has graduated with a First Class Honours Degree from the University of Wales Trinity Saint David after having a rollercoaster of a year. 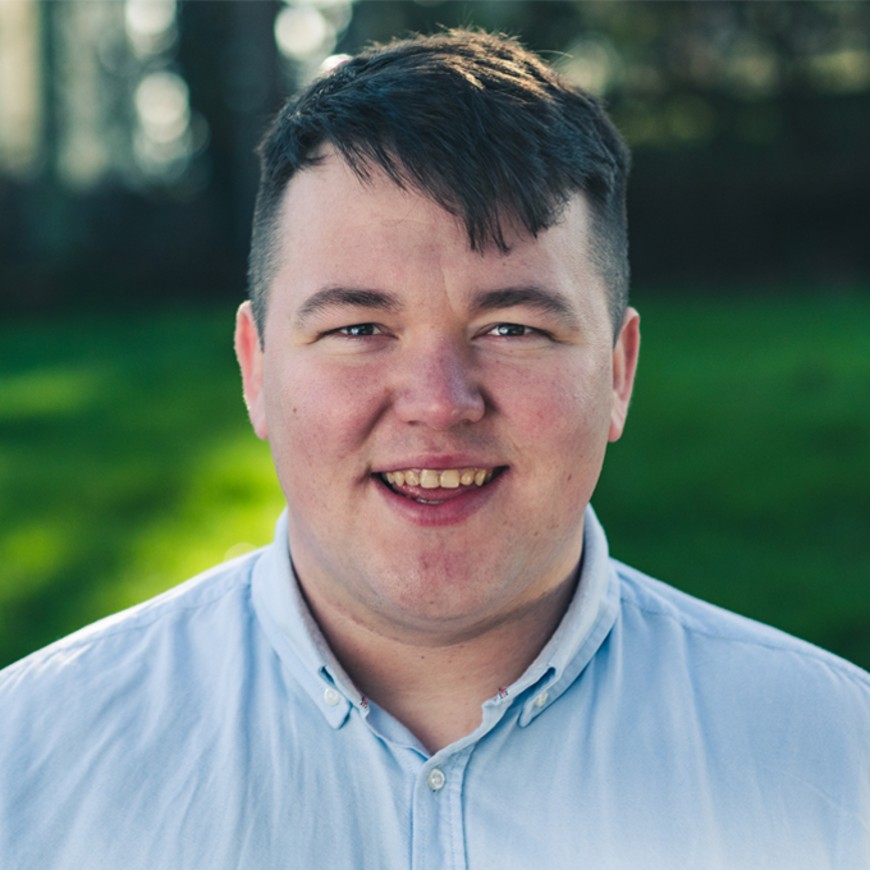 Before James Owen from Llanelli started studying at UWTSD, he was working in a sales job. At the time he was volunteering at his local church, The 21st Century Church in Llanelli, and found his passion for photography. This new passion led him to be interested in videos and editing and wanted to develop this interest further. James knew that his dream was to run a business that involved media production, but he’d need further training and knowledge to be able to pursue this dream. After realising this, James quit his job and went to study at Coleg Sir Gâr for two years before deciding to come and study at University.

“Living in Llanelli, I thought with family and other commitments, I couldn’t really move away. UWTSD was close to home and within travelling distance.”  James said. Before applying to UWTSD, James came across Dan Bailey, a graduate from the course who also works as a technician at the department, through a little film making community whilst he was producing his final film for his graduate coursework. Dr Brett Aggersberg the programme manager was also present, which meant James had the opportunity to ask both about the course and the University.

James decided to study filmmaking at UWTSD for a number of reasons: “The biggest selling point for me about the course was that the course teaches you how to make money as a filmmaker as well as teaching the practical and technical elements of production. Learning additional business skills was key to me … it was a no brainer.”

During his period as a student, James has enjoyed many aspects of the course including working on a variety of different projects over the last three years, including an expedition to Skomer Island in partnership with Olympus cameras, and other workshops. Although Covid came that meant that virtual lectures and workshops came into force, James feels that he has managed to progress and develop his skillset throughout his degree. James felt that the support given by lecturers Dr Brett Aggersberg and Dr Matt Jones during his course was fantastic, and feels in debt to them for his development.

As the church plays an important role in James’s life, he decided to create his final short film on ‘How Covid’s impact churches in Wales.’ During the film James visits three different churches in Wales;  21st Century Church in Llanelli; The Bridge Family Church  in Neath, and Bryn Sion Baptist Church in Aberdare; to discover how covid has impacted on them – looking on how they’re ministering to their congregation, how the community and worship has been impacted. One of the things that James likes the most is the fact that he enjoys telling stories and meeting people, and the short film reflects that and his style.

How Has Covid Impacted Churches In Wales? from James Owen on Vimeo.

James added: “Even though Covid’s happened, although I’ve not been able to have lectures in the way I would have liked to and learn on campus… I learn far better in a classroom than I do online, I’ve still developed… I finished with a first class honours, that has blown my mind!”

James has had a rollercoaster of a year. After completing his second year, during Covid, he and his wife got married, however 30 days later, and before starting his third year, James’s father passed away. Whilst coming to terms with the death of his father and grieving, James was determined to finish his degree in his honour, and he’s sure that his Father would be proud of his achievement.

The University is very proud of James’s development over the past three years. Lecturer Brett Aggersberg said: “James has been a very dedicated student since he started with us three years ago. In that time he has been an active student taking part in the range of opportunities we have on offer. He has proven to be a popular student, and has dealt with a wide range of professional and personal issues over the last year in a mature way. His commitment has enabled him to succeed at University and establish a successful business. As a local student James has been able to celebrate his Welsh cultural heritage, whilst developing his knowledge and passion for filmmaking.”

The future is bright for James. He’s managed to set up his own media production business ‘Divine Creations,’ and has managed to win a few corporate contracts from local clients such as Carmarthenshire County Council and The Focus Hub in Carmarthen. His ultimate dream is to win a BAFTA Cymru award, and he hopes that dream will come true in years to come.