It’s never too late to graduate!

A BA Philosophy mature student from Lampeter has just graduated with a first class honours degree at 60 years old. 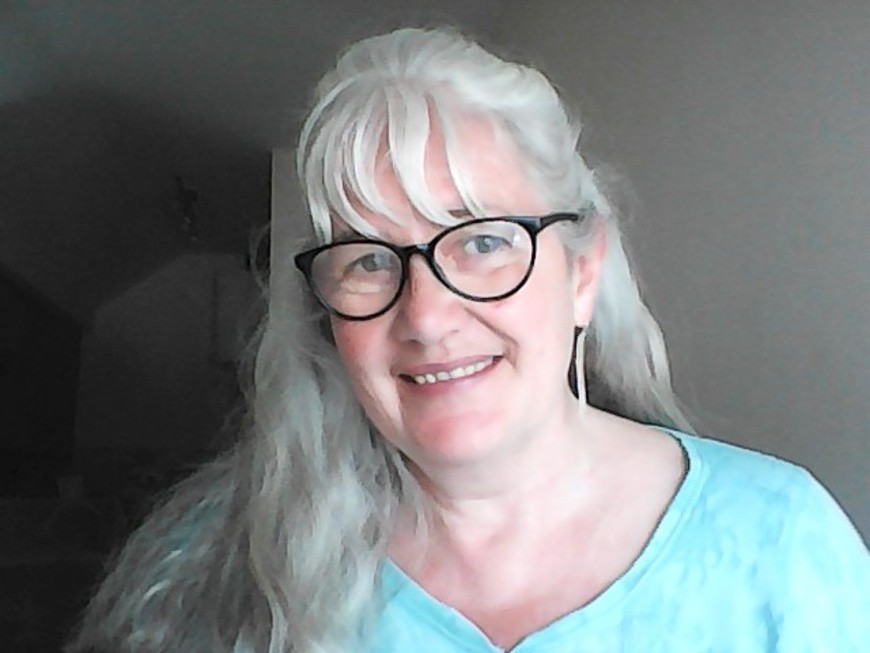 Wendie Kosek has recently graduated from Lampeter with a first-class honours degree in Philosophy. A few years ago, Wendie was living in Rhaeadr and working as a hands-on therapist, but due to discovering pain and eczema flare ups, Wendie decided she couldn’t carry on with her work. She visited Careers Wales to see what other possibilities were out there for her and was offered to go back to study.

Wendie was offered to find out more about University life through the Gateway project – which provided her with a great taster of all the subjects that could help her decide what she’d like to do, and what she’s capable of doing.

Wendie said: “I wasn’t into technology at all, and the thought of sitting in front of a computer was such an alien thing to do for me.”

After enrolling in the Gateway project, Wendie had support from many people at the University including Study Skills. Although she still isn’t a 100% comfortable using modern technology from day to day, she has grown her confidence using different programmes such as teams to communicate with others.

Whilst Wendie was on campus she met lecturer Tristan Nash, which sparked her interest and love in Philosophy and decided to study the subject as a degree. “I felt that the lecturers were so supportive. I liked going to the library and being in that kind of atmosphere, and the spontaneity of meeting people and having conversations which was so alien to what my life had been before. I liked that intellectual stimulation from those spontaneous meetings.”

“the diversity of the subjects that I chose… I’ve only scratched the surface by doing a degree. What I wanted was a passion to take into my old age, so that I would have an interest that I was passionate about.”

At the time Wendie’s children had gone to University and entered the working world and admits that she felt that an empty nest syndrome had entered her life.  Being around younger people was nice for Wendie, and she felt that being on the same level as her children helped her emotionally. Wendie also thinks that’s she was able to give younger students emotional support to those who were struggling.

Over the past three years, Wendie has seen herself develop in many ways, especially academically.

“I never thought I’d have a 10,000 word dissertation in me… not in a million years! The fact that I’ve achieved that… it’s pretty amazing! I feel more rounded, bit more complete as a person because my life was pretty much driven by emotion before, because the work I did before was helping people develop and healing emotionally as well as physically. This gave me a more of an intellectual mental balance on how you look at things.”

As a mature student, Wendie’s encouraging others to follow her footsteps and to follow their dream: “Don’t worry… you get there, you do get through it… just take it one step at a time. If it does get too much, there’s so much help there for you – the study skills, the tech department, just ask!”

The University is very proud of Wendie’s achievement. Lecturer Dr. Tristan Nash said: “Wendie has developed a real love for philosophy and worked hard to achieve a fantastic degree result. We look forward to welcoming her back as a postgraduate student.”