A BA Business and Management mature student has secured a place on the HEIW General Management Graduate Trainee Programme within Hywel Dda University Health Board after graduating with a first class honours degree. 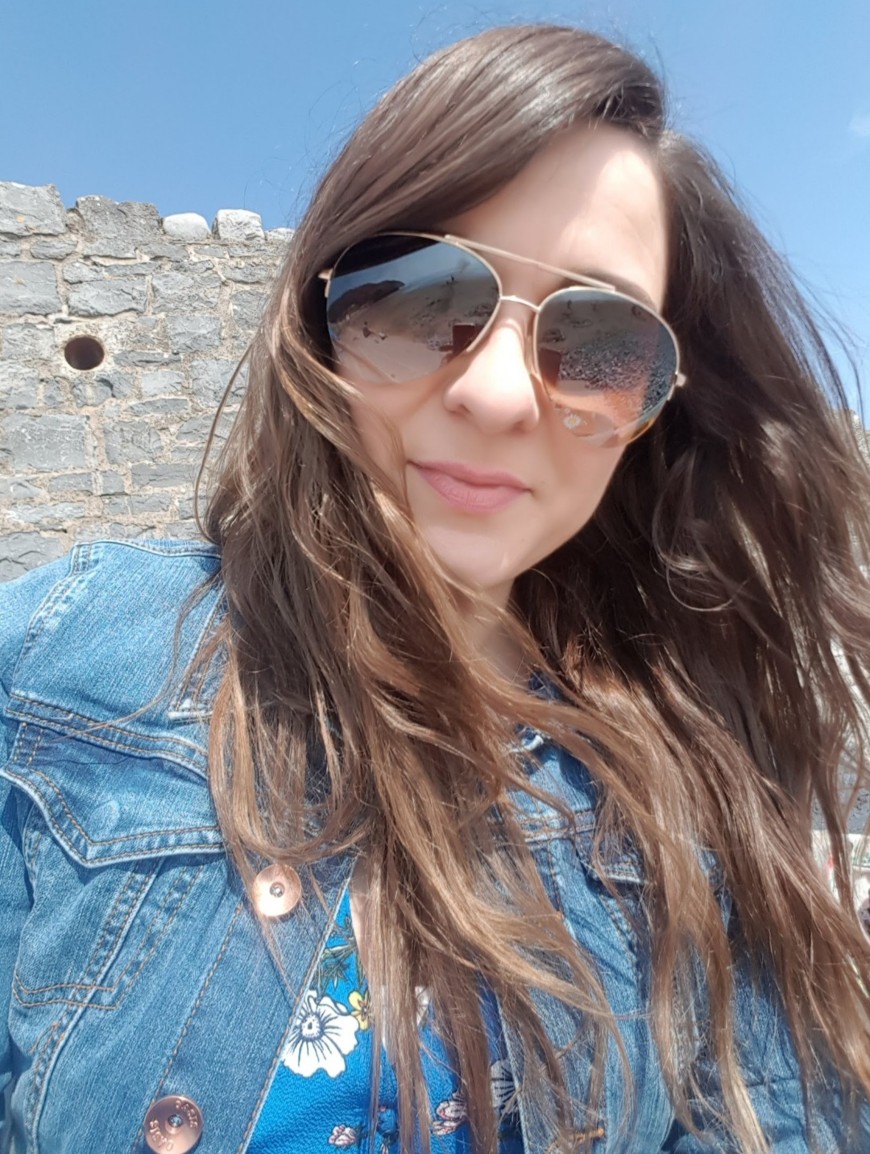 Lauren Price originally from Tenby, Pembrokeshire, now living in Meinciau in the Gwendraeth Valley felt that she was ‘stuck in a rut’ in her previous job and felt that she wasn’t going anywhere with it.  Lauren didn’t go to University after finishing school, but years later she decided to take the plunge and apply.

When deciding about which subject she wanted to study, Lauren knew that she wanted to pick something that was quite broad, and decided to apply for the Business and Management course. According to Lauren, the course: “opens so many doors, there’s so many places where I could have gone with it. I didn’t know what I wanted to do, but I thought it would give me plenty of options.”

Lauren decided that she wanted to study in Carmarthen for a number of reasons. She wanted to stay local. She’d also heard that the course classes were smaller, and not knowing how she’d feel returning to education after a long time, she felt more confident with this environment, and knew she’d be offered more support, ask questions and get more of a discussion in lectures.

At first Lauren didn’t like University life at all, it frightened her. She found it hard although she enjoyed the lectures and course content. “I think it was because I had been away for so long… I was in my mid 30s starting, it was such a shock to the system. That first year was a real struggle, I really had to drag myself through it. But then I found my feet and got into my stride.”

As a mother of two young children, and also working full time – attending lectures and completing coursework was hard, and balancing everything was difficult. In her final year, Lauren changed jobs and unfortunately wasn’t able to attend as many lectures as she hoped. Instead, she had to teach herself in the evenings online to catch up, which is an achievement in itself. However, Lauren feels that the level of support she’s been given from the University has been fantastic.

“They’ve always been supportive. They understood when I couldn’t come to lectures because I had to work or I was with the children… they were really supportive in that respect… anything I needed, they’d always give me a hand, they were really good.”

For Lauren, management was the aspect of the course that she enjoyed the most.  “ I love people… I love how people work together, why they work well, why they don’t work so well… there’s almost a psychology around it. I never really thought about it but going into theorist’s views… it all makes sense. I never thought of it before, and it’s made me wanted to pursue a career in management.”

After three years of hard work, Lauren admits that she’s a completely different person to who she was when she started her degree. After perseverance and determination, she’s seen herself develop and gaining confidence in her ability, and as a result managed to get a first class honours in her degree.

Lauren’s feels in debt to her lecturers for inspiring her, every single staff member was brilliant. She would like to give a special thanks to Glen Behenna for enlightening her on project management and the intercultural workplace aspect of the course, and that’s the reason why she’s doing what she’s doing now.

Lauren has managed to secure a place on the HEIW General Management Graduate Trainee Programme within the Hywel Dda University Health Board. According to Lauren, this is the most exciting thing that could ever have happened to her after graduating.  As a General Management  Trainee, Lauren will work her way around different placements within different departments within Hywel Dda, shadowing managers. It’s a two year programme where she’ll be sent on 4 different placements, working on different projects and looking after different people. In addition, the programme will fund Lauren to complete her MA degree also.

The University is very proud of Lauren’s dedication and achievement. Jessica Shore, Programme Manager from Carmarthen Business School said:  “We are delighted that Lauren has secured such a wonderful opportunity, it has been a pleasure to be a part of Lauren’s educational journey.  The last 18 months have been tough for all students and to see Lauren achievements is a testament to her hard work and determination. Congratulations Lauren, managing a family, children, a degree and a job is tremendous.”

Lauren would encourage people to fulfil their dreams and to consider University life. “If you have the drive to succeed, go for it!”