Professor Medwin Hughes, the Vice-Chancellor of the University of Wales Trinity Saint David (UWTSD), is to be the new chair of the Church’s trustees, its Representative Body (the RB). 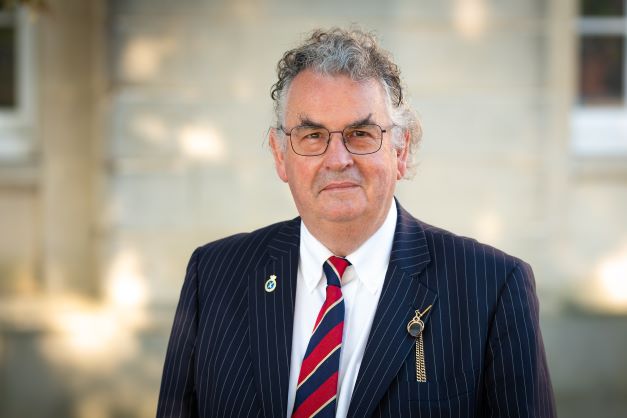 Wales’ longest serving university vice-chancellor, Professor Hughes will take over the role from James Turner who is retiring in December after nine years.

Announcing the news at a meeting of the Church’s Governing Body today (Sept 8), Mr Turner described Professor Hughes as a “man of enormous ability”. He said, “Medwin’s career accomplishments are very impressive indeed and just summarising them here would do him a disservice. Suffice it to say he is a man of enormous ability and with a wealth of professional experience that will be tremendously useful to both the RB and the Church in Wales more generally.”

Welcoming the news, the Senior Bishop, Andy John, said, “This is an excellent appointment. Medwin brings a wealth of academic and institutional experience but with a track record of management change. A hopeful, radical agenda for this next period of our life is wholly welcome and I am sure Medwin will help lead us forward as a church. The bishops look forward to working with him closely in the near future.”

Professor Hughes, a former member of the Church’s Governing Body, said, “I am delighted to be chosen as chair of the RB. This is an exciting time of transformation within the Church in Wales. I look forward to working with key stakeholders across the Church as we continue to ensure that resources are available for the benefit of the Church across Wales.”

Simon Lloyd, chief executive of the Church, added, “Medwin will bring a wealth of experience to the role as well as the benefit of his long involvement in the life of the Church in Wales. I very much look forward to working with him.”

Passing on the baton, Mr Turner warned that membership of the RB was not for the faint-hearted. He said, “I wish Medwin all the very best and assure him of my prayers as he takes on this extremely interesting role, which I’m sure he will enjoy very much. I would also like to thank all the members of the RB and its committees with whom I’ve served – being a member of the RB is not for the faint-hearted and their commitment and diligence over the years has been much appreciated. I have also enjoyed the support and wisdom of many members of staff and I extend my thanks to all of them.”

Professor Medwin Hughes DL, DPhil, DPS, FRSA, FLSW has played a significant role in the reconfiguration of Higher Education in Wales over the past two decades.

A graduate of Aberystwyth University and of Jesus College, Oxford, Professor Hughes has served as the Deputy Chair of the Welsh Language Board and on numerous advisory committees of the Welsh Government and the Council of Europe with regard to educational and cultural policy initiatives. He has also played a key role with charities in Wales over the years.

Professor Hughes was appointed as a Welsh Supernumerary Fellow of Jesus College Oxford and is also an Honorary Fellow of Harris Manchester College, Oxford University.