A Scarlets player has recently finished his University degree at the University of Wales Trinity Saint David after deciding to combine studying part-time with playing rugby full-time. Kemsley Mathias from Haverfordwest has just completed his BSc degree in Sports and Exercise Science in UWTSD Carmarthen. Sport is something that has always been present in Kemsley’s life, and thought studying a course on a similar route would be beneficial.

Kemsley’s passion for rugby began when he was 7 years old after attending a training session with Narberth RFC, and since then he’s never looked back. Over the years he’s played with the club, and as he developed, Kemsley as a pupil from Sir Thomas Picton School was picked to play for County teams, then was invited to play for the Carmarthen Quins RFC semi-professionally before being chosen to be a part of the Scarlets squad on a professional level.

Kemsley started his University life in another University for a month, but due to rugby commitments he decided that he needed to study somewhere that was closer to home and convenient. He decided to apply for UWTSD in Carmarthen that enabled him to play rugby alongside his course.

“It’s been a big plus being able to play rugby alongside studying my course… it’s not affecting my work, and having leeway to do rugby as well is a big plus. I don’t think I would have been able to do it in any other Universities… I would have struggled.”

During his studies at UWTSD, Kemsley has loved the variety that the course has offered. One particular aspect is Personal Training. Studying a course like Exercise and Sport Science is totally different to school life according to Kemsley, and a lot more practical which he prefers.

“It’s never just sitting down in a classroom, writing on a piece of paper. You’re always doing something whether it’s testing or exercising… it’s not tedious.”

As Kemsley’s rugby career progressed with the Scarlets last January, he decided to study part time during his final year so that he could manage both as the workload got heavier. When programme manager David Garner first accepted Kemsley on the course, he was aware of his potential rugby career. David gave Kemsley the leeway to make it possible to miss lectures if the Scarlets had a training session or a game on the same time, and provided additional assignment support to make sure that Kemsley wouldn’t fall behind with his studies.  Kemsley found it particular hard to balance rugby with his university work.

“It’s been hard. I’d come home from training around five or six o’clock… the last thing I wanted to do was to dive in to my laptop and try to do a few thousand word assignments on a particular subject… that’s where you’ve had to crack on to work and do it. Obviously it’s not going to be easy, but once it’s done it’s under your belt, and that’s what I had in the back of my mind when I was doing it. It has been challenging, but I haven’t missed any deadlines.” Kemsley said.

Whilst Kemsley develops his career as a professional rugby player, he admits that the course has helped him in his daily life and progression with the Scarlets. The nutrition aspect of the course has certainly helped him maintain a healthy lifestyle and diet as he tries to optimise what he eats to maximise his performance. In training, the GPS testing that Kemsley has learnt during practical sessions at the University is being used, and therefore understands what’s going on, and how to use the facilities.

Geraint Forster, Programme Director for the Sport and Exercise Science degree is very proud of Kemsley’s development: “ As staff we want to see our students thriving and following their passions. We want the course to complement and support the students with their career aspirations, not hinder them. At times, Kemsley’s international commitments impacted on his ability to attend campus, however the experiences he has gained within a professional sport environment have complemented his studies. We will always do our best to support students to combine relevant professional or sporting experiences with their academic studies in order to produce well-rounded graduates. We are very proud of what Kemsley has achieved so far, and hope that we have helped to prepare him for his career as a professional rugby player, and whatever he chooses to do after that.”

Scarlets team manager Sara Davies said: “It has been fantastic to see Kemsley’s progress in breaking through into the senior team this year. We know how important it is for our young players to continue their education alongside rugby and Kemsley has shown a huge amount of commitment in how he has managed to balance his studies with the demands of being a professional rugby player.”

Kemsley’s passion for training and exercising is obvious, and after his rugby career finishes, his future goal is to own a gym, and hopefully have clients for personal training.

Completing the BSc Sports and Exercise Science degree has been an achievement for Kemsley, and he’s glad that he’s had the opportunity to be able to study part-time so that he could balance everything without putting too much pressure on himself. Kemsley would encourage other students to think about doing the same thing if they are in a similar situation: “I’ve seen a lot of boys drop out because of the workload. I’d say, the tutors are there, they want you to complete your degree… they’ll go out of their way to help you, so it’s just head down and carry on. If you’re in your second or third year, your half way there, get it done – you’ll feel so much better for it. I have no regrets.” 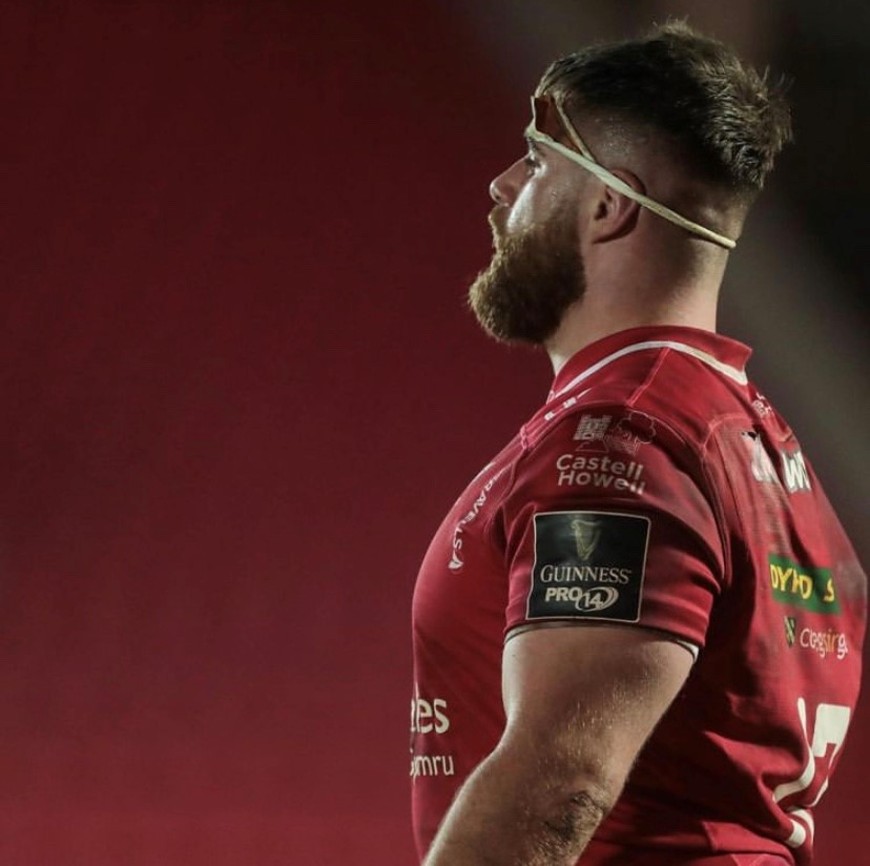