A two times graduate from the University of Wales Trinity Saint David (UWTSD) has started a post-doctoral project at the Max Weber Centre (Max-Weber-Kolleg) of the University of Erfurt (Germany). One of her former UWTSD tutors, Dr Ruth Parkes, will be providing informal mentorship for the project. 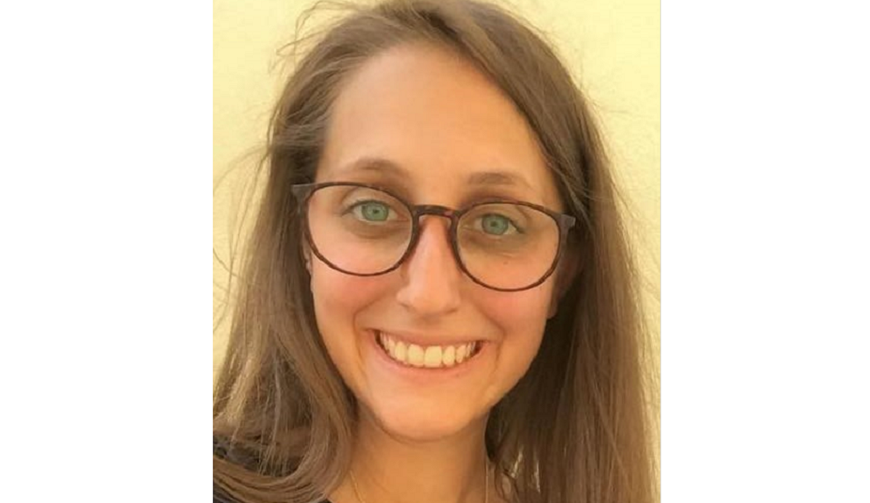 Sofia Bianchi Mancini completed her BA and MRes at UWTSD and is now a postdoc researcher in the Sonderforschungsbereich (Collaborative Research Centre) Transregio 294, which carries the title: Strukturwandel des Eigentums (Structural Change in Property). Her postdoc project, "The Construction of Divine Ownership in Neronian-Flavian Literature", seeks to investigate how divine ownership is constructed and negotiated in philosophical and narrative texts of late first century AD Rome including Seneca’s Epistulae, Lucan’s De Bello Civili, Petronius’ Satyrica and Statius’ Thebais, Silvae and Achilleis.

Prior to her postdoc, Sofia completed a BA in Classics and MRes in Classical Studies at UWTSD’s Lampeter Campus. She was awarded a prize for the Canon William Williams Prize for Classics and the Rev. Principal Maurice Jones Prize for Greek. In the third year of her BA, she was awarded an Erasmus scholarship from UWTSD that enabled her to spent the first six months of the academic year at the University of Tarragona Rovira I Virgili in Spain.

“It was a fantastic opportunity for me because I gained insights on new disciplines such as Archaeology and Museology and learnt a new language,” she says.

In 2018 she was awarded a PhD scholarship from the University of Erfurt. Her research there investigated the socio-political dimension of curse tablets in Selinous and Athens (6th-4th centuries BC).

“My PhD topic was inspired by a course I took during my MRes at UWTSD, which focused on magic in antiquity,” she says.

She adds that she was delighted with the support she received during her studies at UWTSD.

“The support was truly great,” she says. “At Lampeter Campus, the classes were not big and this is one of the things I liked the most because I could easily engage with the lecturers and the content of the course in a completely comfortable environment. Learning therefore was not passive but always active. The close-personal tuition at UWTSD also helped me grow both as an academic and as a person.

“Furthermore, I enjoyed one-on-one meetings with supervisors and lecturers as well as their detailed feedback on my work, as they always inspired me to do better. I also received great support from the lecturers in the Classics department – in particular from Dr Kyle Erickson and Dr Errietta Bissa – when I had to apply for my PhD scholarship.”

During her BA, two courses particularly prepared Sofia for her postdoc: one on Roman poet Lucan and one on another Roman poet, Statius - the latter taught by Dr Ruth Parkes. The courses inspired her interest in, and passion for, these two authors and their time.

“Both courses gave me insights into the works of these two authors and importantly into their intellectual world,” she says. “The courses also sparked my curiosity in the social and historical realities behind and outside the texts of Lucan and Statius.”

The theoretical framework of the Sonderforschungsbereich (Collaborative Research Centre) Transregio 294 has now provided Sofia with a set of questions that allow her to explore original aspects and issues that are of fundamental importance for the understanding of Lucan and Statius (among other authors) and their relevance and intentions to influence the Roman society of their time.

Sofia adds that she is very pleased to have Dr Ruth Parkes providing additional mentorship for her post doc.

“It is a great pleasure for me to be mentored by one of the best-known specialists on Statius,” she says. “I am sure that her expertise will greatly enrich my knowledge of Statius and, more generally, of Flavian literature.

“I am very much looking forward to this new challenging topic because it will answer questions that have so far been neglected in the scholarship and it will also put new ones that will inspire future research. I am also looking forward to working in an environment that brings together research from diverse fields of study, each with different interests and methodological approaches.”

“Sofia’s new position allows her to bring together her interests in religion and literature, which were already evident in her time at UWTSD, in dynamic ways. I am looking forward to working with Sofia again and seeing the results of her research.”