As the Poppy Appeal begins this month to raise money to support the Armed Forces community, the University of Wales Trinity Saint David (UWTSD) has created Remembrance Gardens across its campuses in Lampeter, Carmarthen and Swansea ahead of Armistice day, marking the end of the First World War on 11 November 1918 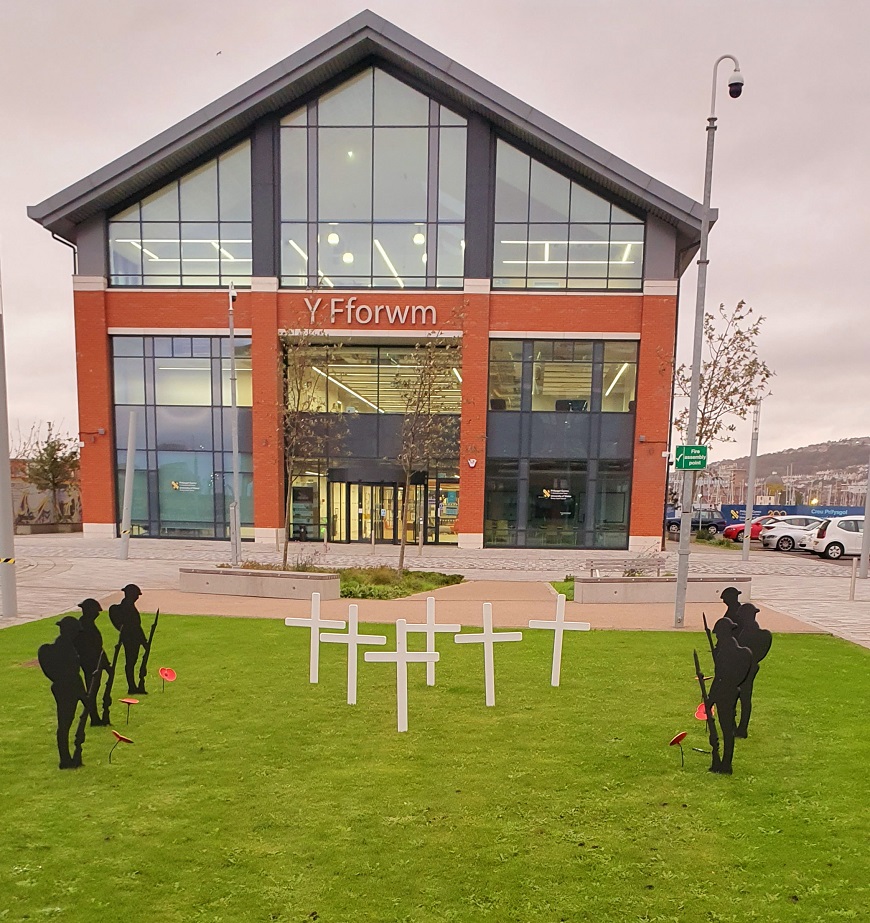 The Gardens include the installation of figures of Tommy, crosses with wreaths and steel poppies and can be seen around the St David’s Building in Lampeter, Yr Egin and Halliwell buildings in Carmarthen and around Y Fforwm and IQ buiildings in Swansea.  The University’s buildings will also be illuminated in red.

The art installations have been recreated this year by the University’s Operations Team including Stuart Tawse who served in the 5th Battalion the Royal Regiment of Fusiliers, Gareth Williams, Rhodri Davies, Bleddyn Edwards  as well as Carl Murphy who served with the RAF regiment  and his colleague Dave Williams.  A Remembrance video has been created by the University’s videographer Richard Beecher, who served in the 1st Battalion the Queen’s Dragoon Guards. 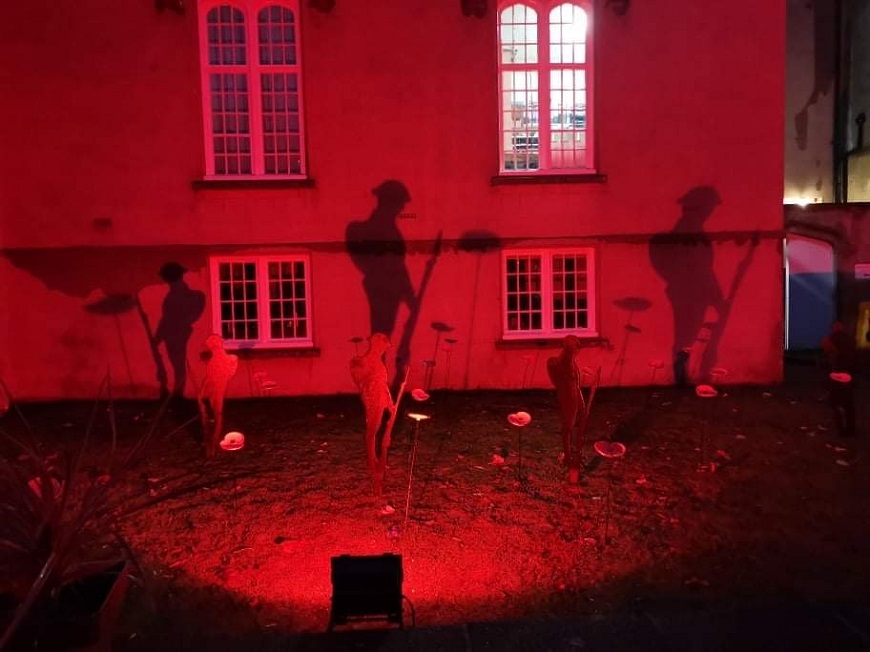 “The University wishes to mark this important time to pay tribute and remember all those who gave their lives and made so many sacrifices in conflicts since the First World War”, said Professor Medwin Hughes, DL, Vice-Chancellor of the University. “As a civic institution we give thanks for the service and dedication of all who defended us in times of war and conflict. I am very grateful to the University staff who have created this magnificent and imaginative work”.