Graduates and a past member of staff from The University of Wales Trinity Saint David BA Acting and also the BA Theatre Design and production course are currently preparing to take part in the annual pantomime at the Torch Theatre in Milford Haven. 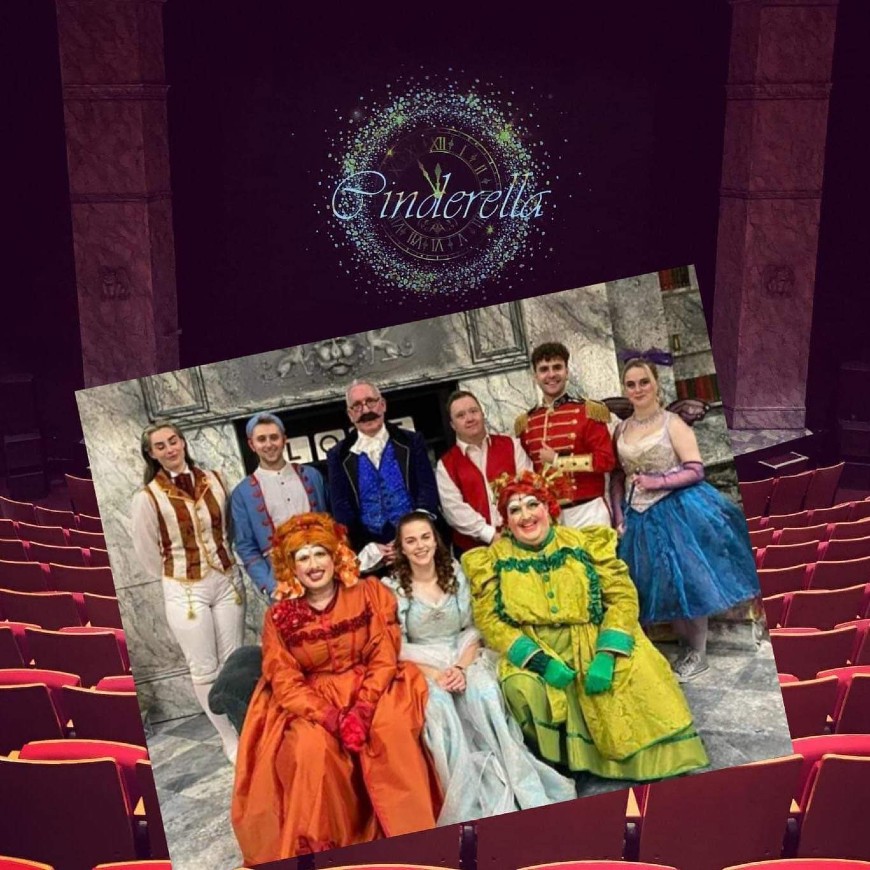 This year, The Torch Theatre Company will be performing ‘Cinderella’, and audiences can expect plenty of fun, adventure and laugh-out-loud moments in this tale that’s adored by generations.

The cast this year consists of three UWTSD graduates and a past staff member, such as ex-lecturer Dave Ainsworth starring as the Pantomime Villain, Barron Hardup, UWTSD graduate Haverfordwest based actor and singer/songwriter Rosey Cale who plays Cinderella, Carmarthenshire based Amelia Ryan will be playing the Fairy Godmother, as well as graduate Joe Jones that’s been busy helping with the set design.

Amelia Ryan said: “I am really excited to be performing this Christmas as it’s my professional debut at the Torch and I am so pleased with all of the support and encouragement from the cast & production team so far.”

Amelia became a part of the cast after working with the director Pete Doran while she was a third-year student at UWTSD performing RAGE by Simon Stephens.

Rosey Cale is delighted to be a part of this production. She said: “I grew up in Pembrokeshire, so the Torch Theatre was somewhere that I often hoped I would perform. I reached out to Peter when I was 17 asking if I could audition. He very politely told me to go and get an acting degree first. A couple of years after I’d graduated, he reached out and asked me to be a part of Aladdin as Princess Samina. And I was delighted to be asked to return this year to play Cinderella.”

As Rosey considers herself as a ‘home bird’, UWTSD was a perfect place for her to train as an actor. She loved that the BA Acting course offered a variety of elements that helped her to build her confidence whilst developing characters.

“It had different elements of acting that I’d never experienced before as well as things I already enjoyed like Shakespeare and bits of musical theatre and dance. It was very practical, so it allowed me to try lots of different styles to push me out of my comfort zone.”

Amelia is thankful for the opportunities that was given to her whilst studying at UWTSD. She adds,

“Lynne Seymour (head of BA Acting) has been so supportive to me throughout the whole process and even after graduating UWTSD, I truly could not have done any of it without her. While studying acting at UWTSD, we worked with so many incredible directors (such as Pete) which gave us valuable skills and experiences to help us in the industry.”

Dave Ainsworth who plays Baron Hardup is also an ex-lecturer at UWTSD. One the reasons why he left his post at the University was to pursue other opportunities like this one. He said,

“It has been an absolute pleasure working with two recent graduates from the BA Acting course Rosey and Amelia and another Joe from the BA Theatre Design and production. It's great to be back on stage.”

Lecturer Lynne Seymour is very proud of the strong connection between the University and the production this year.

“I’m so excited to see Cinderella at the Torch this year and it’s fantastic to have such a strong ‘team UWTSD’ involved. Three fabulous graduates across our BA Acting and BA Set Design and Production courses as well as our teaching team being represented by the brilliant Dave Ainsworth. Dave was my predecessor as Programme Manager and was such a wonderful mentor to me when I joined the course so I can’t wait to see him perform again. Amelia, Rosey and Joe have been really making their mark on the creative industries since they graduated, and I look forward to seeing their talents shine this Christmas!”

Performances of the Cinderella Pantomime will be held at the Torch Theatre, Milford Haven from the 16th until the 31st of December.