A medieval manuscript dating back to around 1200 CE can be viewed in a special collections exhibition to celebrate the bicentenary of the University of Wales Trinity Saint David (UWTSD) at its Lampeter campus. 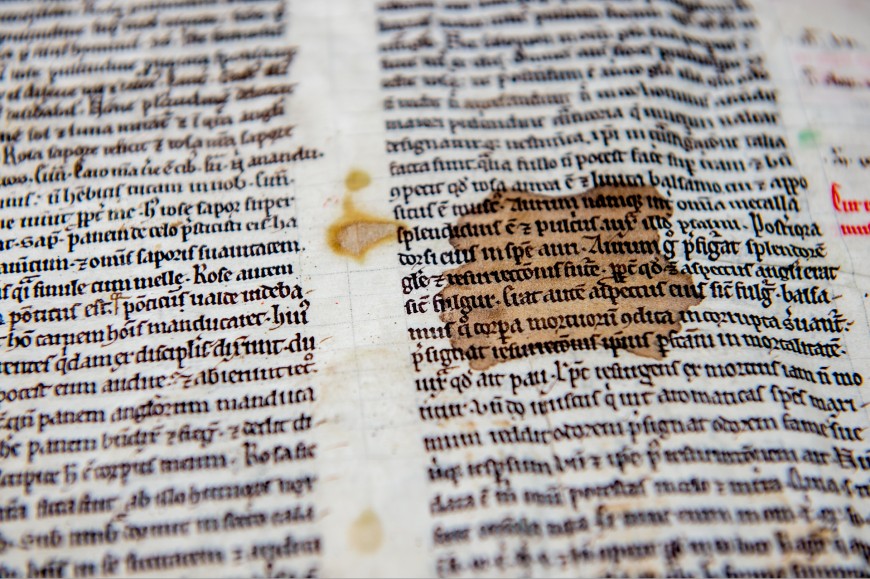 The oldest item in the library’s collection, the famous Monk's Blood manuscript, produced around 1200, is said to be stained with the blood of the monks of Bangor-is-y-coed.  Although this is a myth, the work, a fragment of Peter of Capua’s Alphabetum in artem sermocinandi, is one of the earliest experiments in alphabetization.

Comprising a collection of biblical extracts, the Monk’s Blood manuscript was designed to help preachers find texts for their sermons. It is one of the first experiments in arranging items in alphabetical order as a finding aid, and therefore a direct ancestor of all hard-copy dictionaries and encyclopaedias.

This manuscript’s greatest claim to fame is through the stains on its last few leaves. In 1870, George Borrow described his visit to Lampeter in his book 'Wild Wales', "The grand curiosity is a manuscript Codex containing a Latin synopsis of Scripture which once belonged to the monks of Bangor Is y Coed.  It bears marks of blood with which it was sprinkled when the monks were massacred by the heathen Saxons, at the instigation of Austin, the Pope’s missionary in Britain.”

Predictably enough, the above story is chronologically impossible. The massacre is said to have happened in the early 7th century; but this manuscript cannot be earlier than the late 12th century. Although they resemble blood, the stains on the manuscript could equally well be wine!

Ruth Gooding, Special Collections Librarian said: “This volume, probably dating from the reign of either Richard I or John, is almost certainly the most famous item in our collections, as well as the oldest.  These collections are undeniably a treasure, not only for the university but also for Wales.” 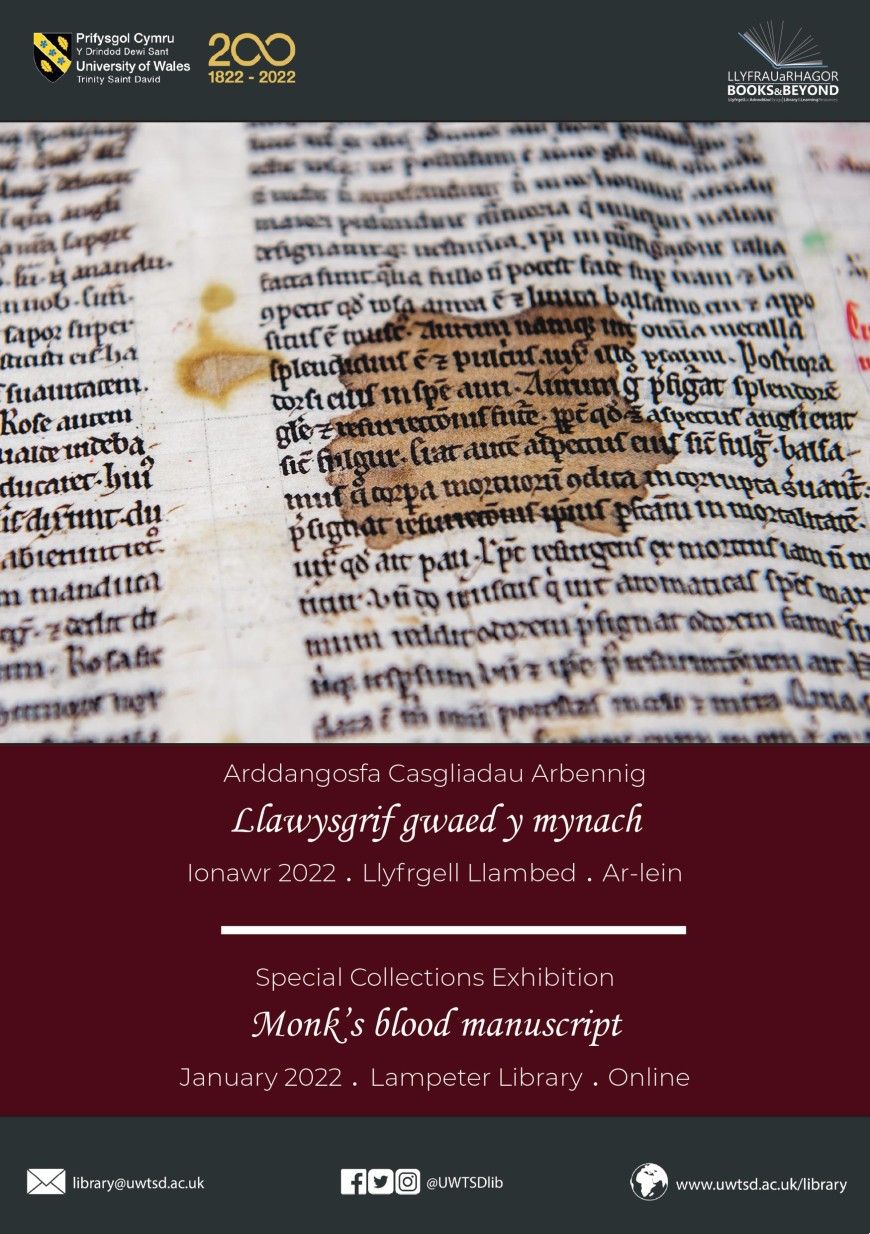