A collaboration between national charity Cerebra and three research and innovation centres at the University of Wales Trinity Saint David (UWTSD) has led to the development of bespoke walking aids for a nine-year-old boy with cerebral palsy. 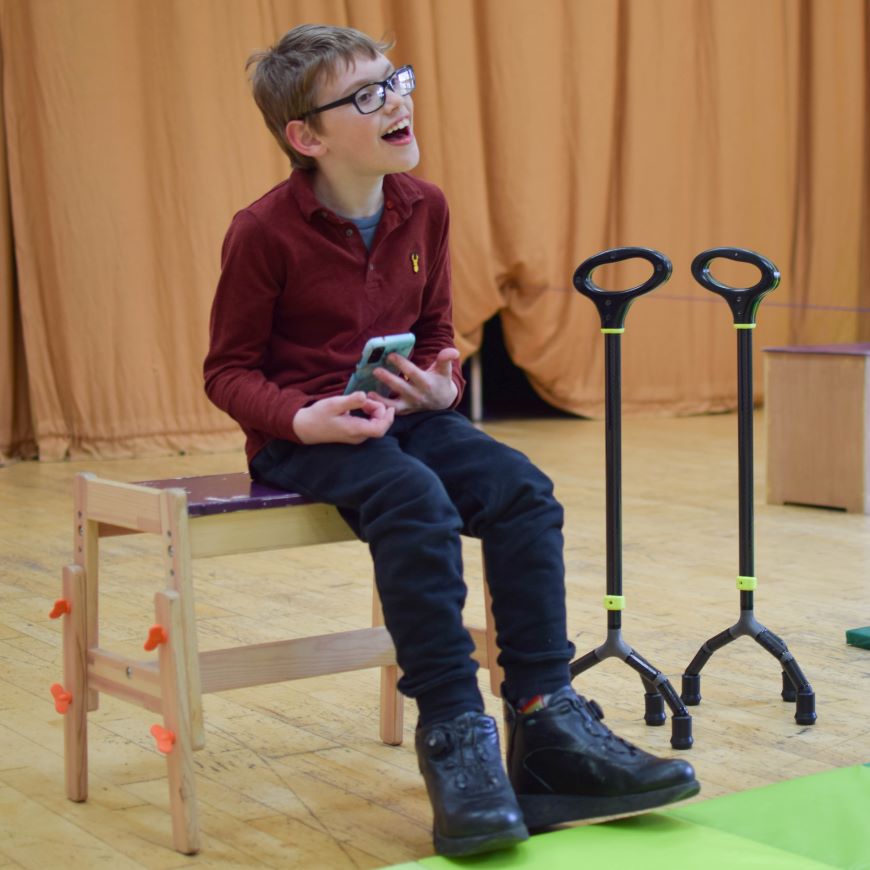 Carmarthen-based Cerebra worked with the Cerebra Innovation Centre (CIC), the Assistive Technologies Innovation Centre (ATiC), and the Centre for Advanced Batch Manufacture (CBM) – all based at UWTSD Swansea – to make a set of brand-new, super-light and super-strong crutches for Henry Latchem, who lives in Midsomer Norton in Somerset.

Henry, who is a wheelchair user, had outgrown his old crutches, which meant he was hunching over them when walking. This affected his posture, as well as causing him discomfort.  His mum, Lara, had tried for some time to find suitable replacements, but Henry needed something lightweight and the crutches they tried were either too wide or too heavy, and very expensive.

Lara got in touch with Cerebra and Dr Ross Head, Product Design Manager at CIC, and explained the situation and the challenges her family had faced trying to find the best solution for Henry.

CIC design and build innovative, bespoke products to help children with disabilities to discover and engage with the world around them.  Ross and his team started thinking about the super-lightweight materials they might be able to use and how they would influence the design.

Dr Ross Head said: “To begin with, we explored using carbon fibre. We were able to get hold of this material easily enough and our colleagues at ATiC 3D printed the carbon fibre components for us.

“The crutches were designed, built, and tested through a lengthy and complex process. But during testing, we discovered they were too flexible and not strong enough. So, it was back to the drawing board.

“Working with colleagues at CBM, we were able to source 3D printed titanium – the material that they make space rockets and Formula 1 cars from!  These parts are so strong and tough that it was difficult to finish the crutches and make them smooth.”

“After speaking with Dr Ross Head and discussing the user needs and design criteria, we were able to utilise our advanced 3D printer with continuous Carbon Fibre Reinforced technology to produce parts similar in strength to machined aluminium.  This allowed CIC to produce and test the initial alpha prototype, enabling them to evaluate the design before creating the final product.”

Lloyd Stoker, Technical Director at CBM, said: “We were delighted to be involved in the project, our in-house Electron Beam Melting additive manufacturing technology enabled us to fabricate the freeform geometry of the joints in grade 23 titanium.

“The material exhibits the perfect properties for this application; while being strong and corrosion resistant, it is also lightweight.’’

Lara added: “Before we got in touch with CIC, I thought we were going backwards rather than forwards. It’s important that Henry’s crutches can support him for longer distances, to help improve his stamina. We’re so pleased that we got in touch.”

The innovative design of Henry’s new super-lightweight crutches, which were delivered to him personally by Ross and the CIC team, has meant he can spend less time in his wheelchair and more time building his stamina by taking part in the activities he loves – such as racing.

And Henry’s new crutches will certainly be getting plenty of use over the coming months, as he is planning to complete his first 100m on his own at his school’s sports day!  He’ll undertake the 100m on his racing frame. But before he does, he’ll be putting the steps in on his new crutches to build up his stamina.

Dr Ross Head added: “It is so important to us when we produce a product for a child, that it enhances their life in more than just a functional way. The product must look amazing; it must draw positive attention and be equal, or better, than the rest.

“I feel we have succeeded in this mission – thanks to the expertise and help of our ATiC and CBM colleagues at UWTSD – and we look forward to developing this product further and helping more children in future.” 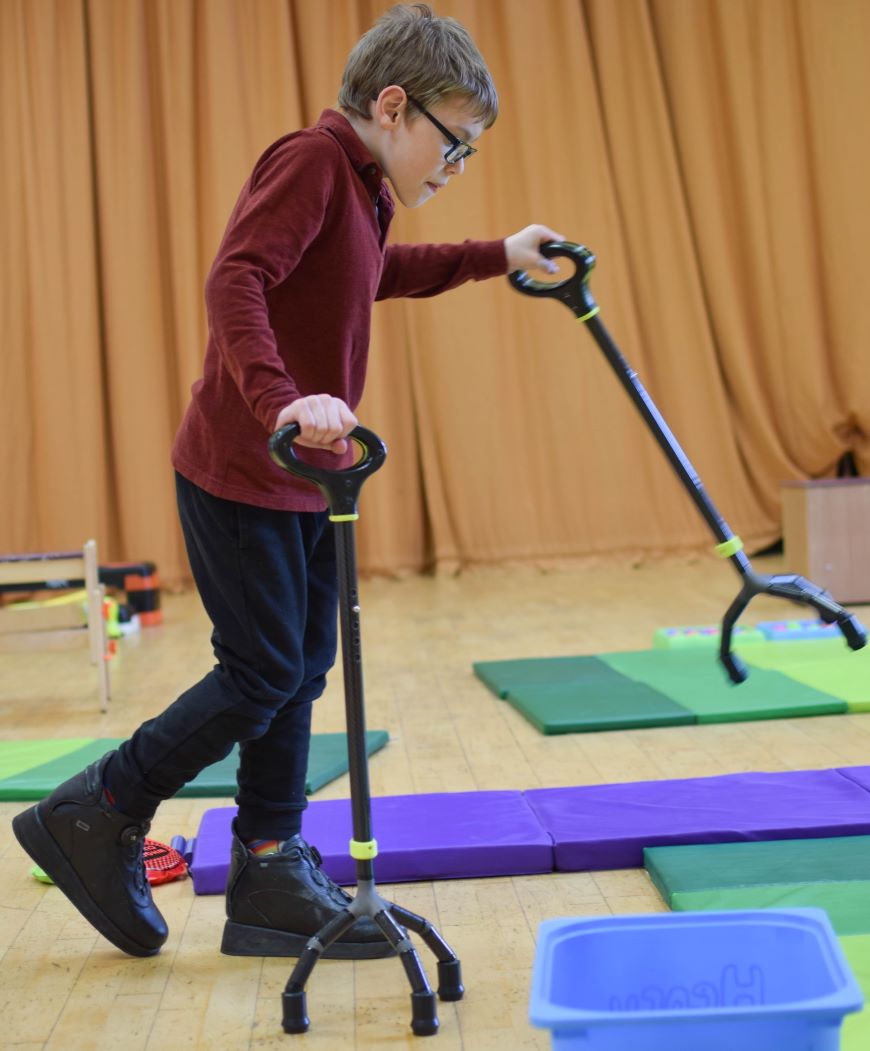