Lee Tregoning has been appointed as the new director of the University of Wales Trinity Saint David’s (UWTSD) Academy of Sport. 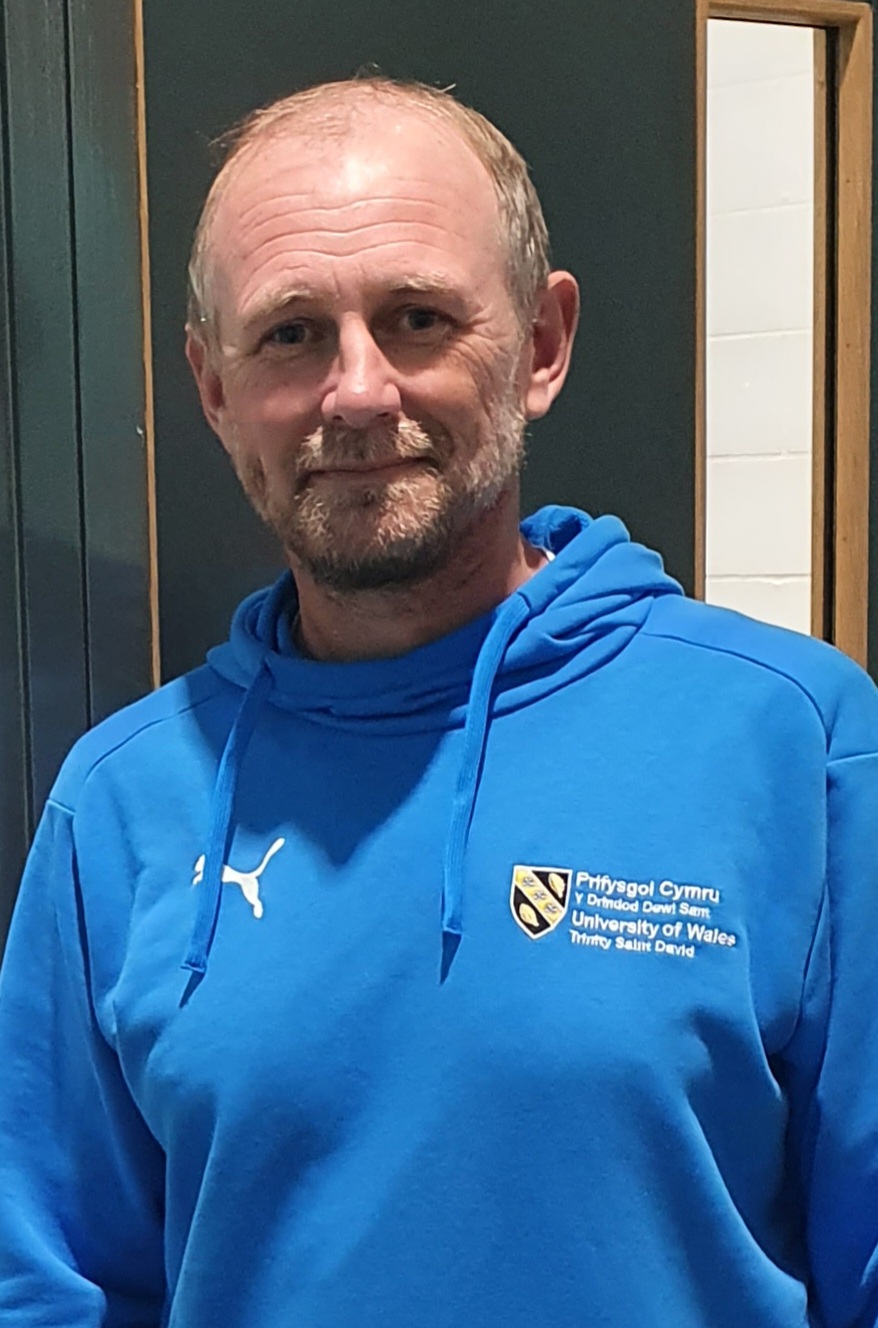 The newly established Academy aims to support students involved in high performance sport to maintain and develop their performance.

Lee will work alongside UWTSD’s Students’ Union and sports, health and fitness team to provide a programme of activities to assist students in their pursuit of their sports goals. These will include coaching for technical and skills training, strength and conditioning, nutrition and diet, sport therapy as well as lifestyle management.

The Academy will enable students from across UWTSD’s campuses and programmes in Wales to access the University’s specialist facilities, including fitness suites, therapy clinics, the outdoor adventure centre as well as those of partner organisations including Carmarthen AFC, Athletics Track and Velodrome.

Lee, who is also the programme director for sports related foundation and undergraduate degrees at Coleg Sir Gâr said:

“I’m really excited with my new role at UWTSD with the newly formed Academy of Sport. My aim will be to ensure that students at UWTSD receive all the support they require to become athletes and to provide them with the opportunity of achieving their maximum potential in both academic and sporting spheres”.

A graduate of Brunel University in London and Cardiff Metropolitan University, Lee has over 40 years’ experience in sport as a player and coach.  During his playing days he was a county standard tennis player, he played rugby league for Welsh students and Great Britain students and rugby Union for London Welsh U19, Saracens U21, Seven Sisters, Glynneath and for his home village of Cwmgwrach.

Lee is a keen advocate for fitness and has coached rugby, tennis and football to various teams and individuals including Afan Nedd Schools Football, Neath School Boys Rugby, Urdd U18 National 7s Team and club rugby at all age groups from U7 to senior at Neath Athletic RFC where he is still involved.  He is a serving member of the Welsh Schools and Colleges Rugby Union Senior Group committee.

Lee says: “I've been lucky to coach many players that have come through the rugby academy who have gone onto gain international honours at U18 and U20. Many have gone onto to be professional players, and several have gone onto win full senior international caps including current Wales Internationals Gareth Davies, Scott Williams, Josh Adams, Keiran Hardy, Gareth Thomas, Sam Parry and Ryan Elias. It has also been fantastic to see Josh, Gareth and Adam Jones going on to represent the British and Irish Lions.

“Equally important though has been the hundreds of players who I have coached that have continued to play rugby to various standards while going onto highly successful careers in a range of industries”.

Professor Catrin Thomas, Deputy Vice-Chancellor said on his appointment:  “I’d like to welcome Lee to the University to lead our newly established Academy of Sport.  I’m delighted that our students will have opportunities to develop their sporting prowess alongside their studies and that UWTSD will compete in national competitions for students’ sports teams”.