The week of his retirement, President & CEO of WestJet Airline Canada Ed Sims was interviewed by UWTSD International Travel & Tourism students as part of a series of lectures to give them real life examples of what their future career could look like, and what it takes to achieve their dreams. 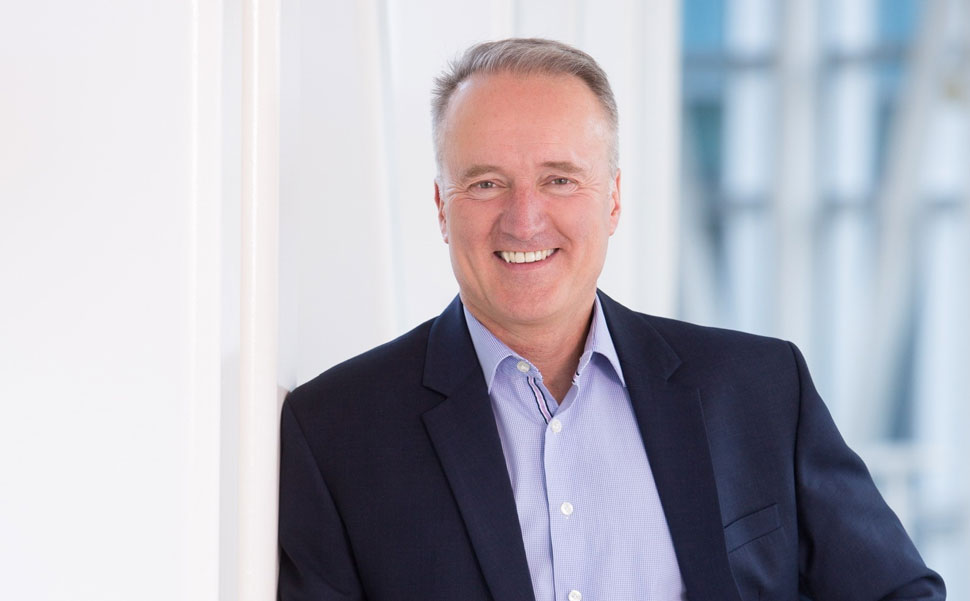 Born and raised in Swansea and educated at the city’s Bishop Gore Comprehensive, throughout his aviation career, Ed Sims, has demonstrated that an emphasis on peoples’ development and transparent communication are the steppingstones to success. As President and CEO, responsible for both the strategic direction of the company and the day-to-day operations, Ed led WestJet’s employees with this emphasis and the professional values of accountability, resilience, authenticity, aspiration, and humility.

Organised by UWTSD Tourism and Events Programme Manager Jacqui Jones & the new Institute of Hospitality Cymru Branch student committee, the aim of the hybrid event was to provide Hospitality, Tourism & Events students across Wales with the opportunity to meet with leading international industry leaders & discuss a range of topical global issues with a strong Welsh flavour.

Phillipa Fitzgerald, final year International Travel and Tourism student at UWTSD & Chair of the IOH Cymru student committee led the student Q&A, which enabled Ed to share his career story that took him from Swansea via New Zealand to Canada.

Questions were also posed by Joshua Wilson Vice Chair who joined the event live from the Institute of Hospitality’s Passion for Hospitality Educational Event in London. The students were particularly interested to hear more about WestJet’s unique people focused empowerment culture and were inspired by Ed’s honesty & enthusiasm.

Speaking after the event, Ed Sims said: “It was a great privilege to share stories and life lessons with your talented cohort who will all have stellar career trajectories in years to come from their time at UWTSD”.

Jacqui Jones, Programme Director said: “This was a unique event enabling students to discuss key issues with a global industry leader. There is no doubt that Ed’s passion and enthusiasm made this a truest inspirational experience not just for the students & industry who were able to attend the event live but also those who watched the recording later as part of their academic studies.”

Joshua Wilson Vice Chair IOH Cymru students committee & UWTSD Level 5 International Leisure Resort Management Student said: “It was a fantastic session which was an honour to be part of.”

Phillipa Fitzgerald added: “Signing up to the Institute of Hospitality as a student has given me a wealth of opportunities including, becoming the chairperson for the IoH student committee Cymru branch and this led to having the pleasure and honour of interviewing Ed Sims.”

Ed Sims joined WestJet in 2017 as Executive Vice-President, Commercial and became President and CEO in 2018. He led WestJet from its first quarterly loss in 52-consecutive quarters, and his first as CEO, to a position of sustained and significant profitability.

Under his leadership, WestJet made significant strides in its evolution from a point-to-point, low-cost carrier to a global network airline, with the arrival of the first 787 Dreamliners and the introduction of business cabin and premium service. WestJet has continued to be recognized as Canada’s Favourite Airline (Tripadvisor 2017/2018/2019) and as a national standout in safety and operational efficiency being named one of North America’s top-10 most on-time airlines for 2019 (Cirium).

In 2019, Ed led the organisation through the largest private equity deal in aviation history with the purchase of WestJet by Onex.

Ed started in the United Kingdom travel industry and has enjoyed a varied career spanning more than 30 years in tourism and aviation across the European, Australasian, and North American markets.

Prior to WestJet, Ed held senior commercial and operational leadership positions within the Tui, Thomas Cook and Virgin Groups and served for ten years at Air New Zealand where he led the international wide-body business. His role prior to WestJet was marked by six years of service as CEO of Airways, New Zealand’s air navigation service provider.