Library and Learning Resources at the University of Wales Trinity Saint David have created a new special collections exhibition celebrating the first women at St David’s College and Trinity Training College as part of the bicentenary celebrations. 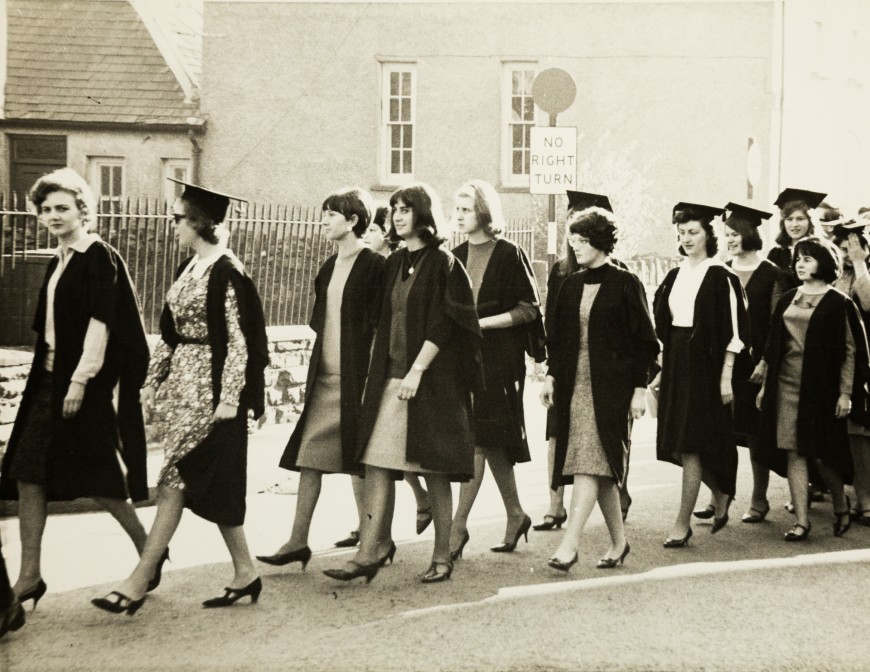 The bicentenary commemorates the establishment of St David’s College, Lampeter on 12 August 1822 through the laying the foundation stone which marks the beginning of higher education in Wales. From the seeds sown in Lampeter over two centuries ago and the development of our campuses, we have grown into a multi-campus, dual-sector University providing vocationally relevant programmes in partnership with employers.

Trinity had long planned to be a co-educational college and although the first female students had to demand their right to be treated in the same way as their fellow male students, they were warmly welcomed.

The same cannot be said for St David’s College, where some of the students were simply horrified that the college cloisters were to echo to the sound of female footsteps! The arrival of the fairer sex was a cause of much publicity, even attracting reporters and cameramen from the BBC.

The first twenty-five female students quickly adapted to life at St David’s. In October 1965 the college magazine the Gownsman included a new section, the Gownswoman, which had its own six strong female editorial team and the following year the first female candidate was elected as Secretary of the Executive Union. By 1969 the Deputy President and Vice-President of the Students Union were women and the debating union, the historical society and even the railway society, all had women presidents. 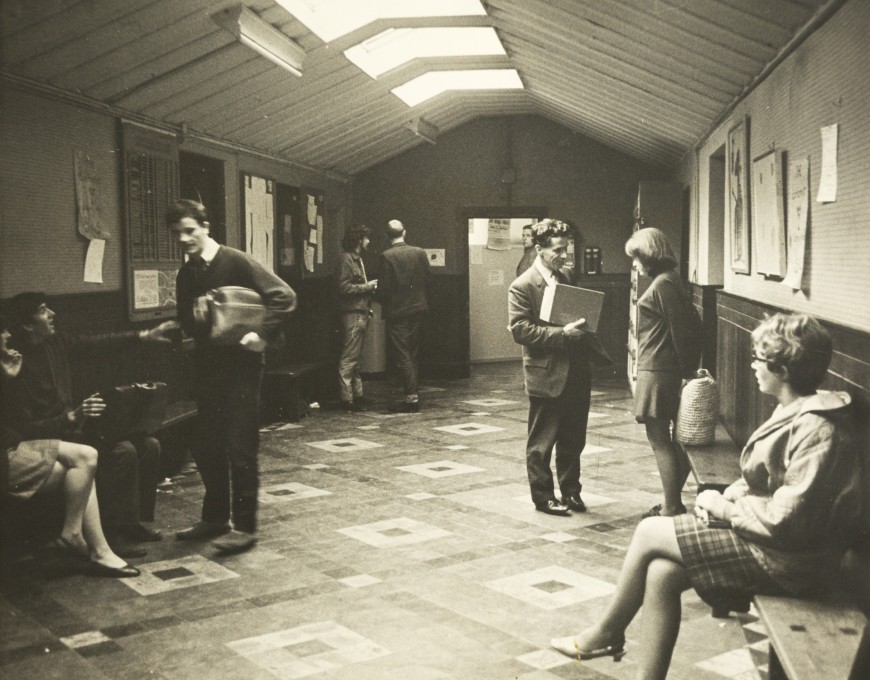 The sixty female students who first enrolled at Trinity also embraced student life, quickly establishing tennis, hockey and netball clubs as well as joining the judo club. They also joined the orchestra, drama society and dance committee. Principal Halliwell initially tried to impose an earlier ‘gating’ time for the female students, as well as prohibiting them from having representatives on the student council. However, after these were strongly resisted he was able to reflect positively on the “new experiment in living”

Utilising college magazines, Minute Books, photographs and ephemera from the archives, this exhibition explores the experiences of those ‘pioneer’ women that played an important part in the evolution of both campuses which later formed UWTSD.

Siân Collins, Head of Special Collections and Archives said: “ Looking back from 2022 it’s hard to understand why the enrolment of ‘ladies’ as students at an all-male College was regarded by some as such a seismic event. We hope that this exhibition will illuminate some of the challenges faced by the first women students, as well as providing a fascinating insight into College life in the 1950s and 60s.”