As the Wales national football side kicked off their World Cup campaign this week, UWTSD academic, Professor Andrew Petersen, has joined a team of archaeologists for a special excavation in Qatar. 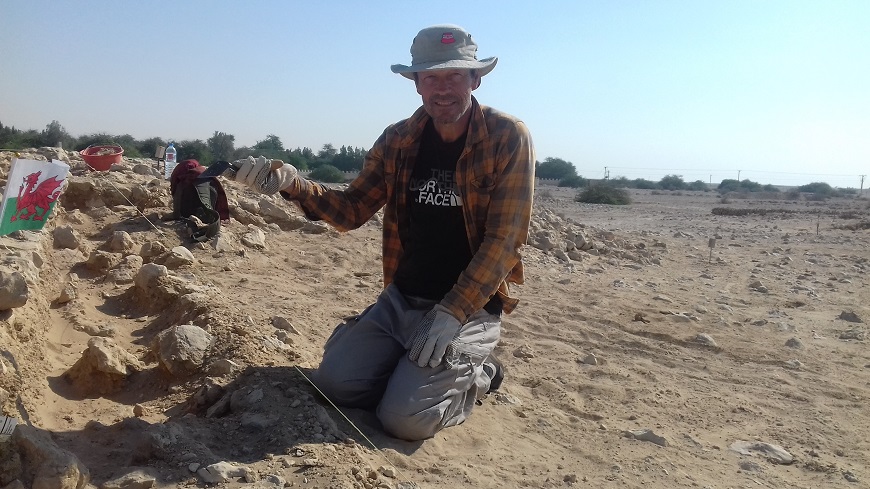 The Joint excavations by Qatar Museums (QM) and the University of Wales Trinity Saint David (UWTSD) have begun at two archaeological sites in the north of Qatar.  Entitled Landscapes of Faith, the project is working at Ain Muhammad and Mesaika, both dating to the early Islamic period, and occupied during the first two or three centuries of Islam (7th-9th centuries CE).  The sites are very close to Qatar’s UNESCO World Heritage Site, Al Zubarah, and can be visited on the same trip.

During the World Cup, Qatar Museums have organised three public open days on 26 November, 3 December, and 10 December between 8am and 12pm, when the archaeological team welcomes visitors to the two archaeological sites (For registration or questions, please contact infoheritage@qm.org.qa).

Qatar has an unusually high number of sites of the early Islamic period, mostly scattered through the deserts of the north, but also found in central and southern Qatar. According to QM’s Head of Excavation and Site Management, Dr Ferhan Sakal:

“There are at least 20 such sites, and the number is probably higher as we keep finding more of them. Murwab is the best known but there are many others, and some are very well preserved.”

The director of the project, Dr Robert Carter (QM), noted:

“No other country in the region has so many sites of this period in such a small area, and we know very little about how the inhabitants lived. The project is called Landscapes of Faith because before the acceptance of Islam, Qatar was well-known as a centre for Christianity, and the sites we are targeting may show the final process of conversion from one faith to the other. At least one appears to show a mosque, and others may contain churches.”

“This is a unique opportunity to investigate daily life and belief in the Arabian Peninsula during the first centuries of Islam, and Qatar has the potential to show the lives of the first Muslims in amazing detail.

If any football fans from Wales or any other part of the world would like to visit the site on our open days you’re very welcome to come along to discover more.  We look forward to welcoming you.”

Several other questions will be tackled by the project, including why Qatar has such a concentration of such sites, what were the lifestyles and economic activities of the people who occupied them, how were they connected to the outside world, and how did they survive in the harsh environment of the Qatari desert?

The excavations will continue until 17 December, and the team intends to return to conduct further work in 2023. It is expected to be a five-year project involving several other institutions. 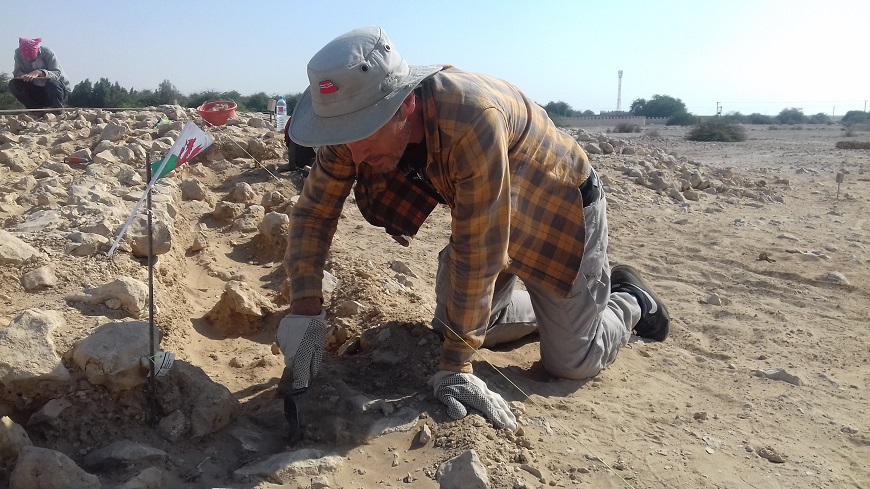