The University of Wales Trinity Saint David (UWTSD) was delighted to welcome His Royal Highness, The Prince of Wales, to confer honorary degrees at a ceremony held at its Lampeter campus today (Thursday, 7 July). 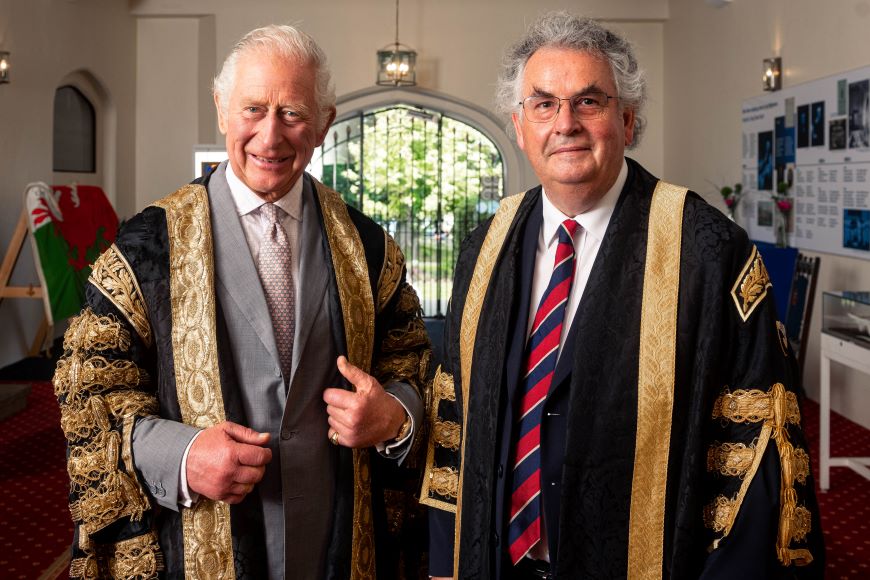 During the visit, His Royal Highness conferred honorary degrees upon four individuals for their outstanding contribution to their fields of expertise.  Honorary doctorates were conferred on:

During the event, students at the University’s Wales Academy of Voice and Dramatic Arts performed a suite from Gorau Awen Gwirionedd, composed by Eilir Owen Griffiths with lyrics by Dr Grahame Davies. The work was commissioned by Professor Medwin Hughes, DL, Vice-Chancellor, to celebrate the University’s bicentenary, which marks the establishment of St David’s College in 1822. A special volume of the work, printed on 1954 handmade paper by the Gregynog Press, was presented to His Royal Highness by the Vice-Chancellor. 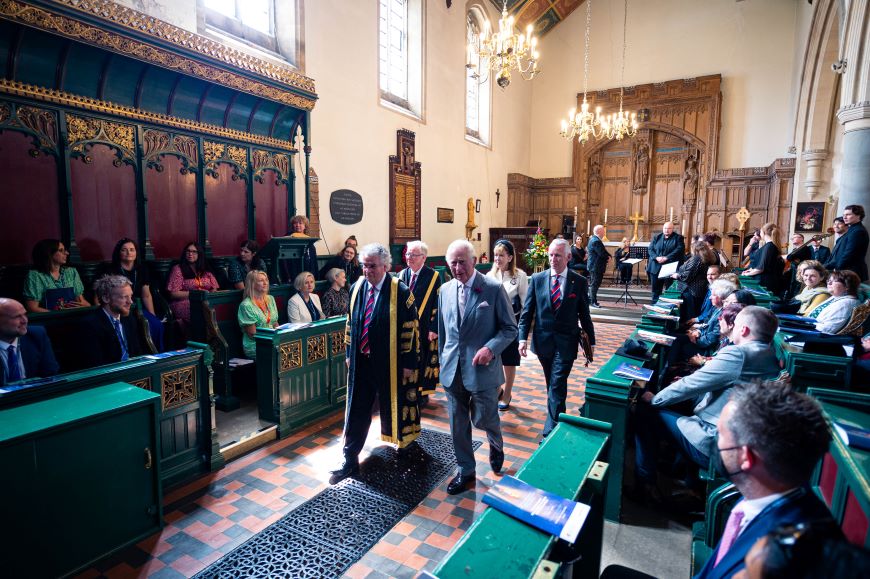 His Royal Highness also had the opportunity to meet local school teachers, Caryl Davies and Heini Thomas, Ysgol y Dderi,  Jan Jones, Ysgol Llanilar, Heulyn Roderick, Ysgol Bro Pedr and Anwen Griffiths, Ysgol Gynradd Aberteifi, who have been delivering a Harmony project which puts nature and sustainability at the heart of learning devised by Richard Dunn and translated into Welsh as part of the University’s Canolfan Tir Glas initiative.

He also met with Cenio Elwin Lewis, the High Commissioner of St Vincent and the Grenadines and students from the Commonwealth islands who have received a scholarship to study at the University.

During his visit he met with Mr Mark Sawyer, a staff member and a heritage craftsman who made two plaques to be unveiled by Prince Charles during his visit. The first was to mark the refurbishment of the University Quadrangle through the generosity of the Venerable Master Chin Kung, and the second to commemorate the University’s bicentenary. 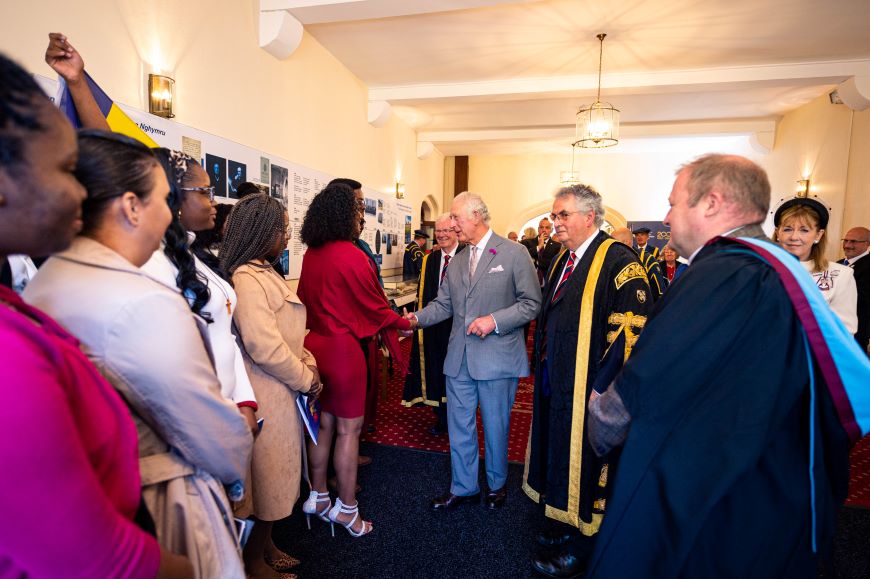