The University of Wales Trinity Saint David (UWTSD) Set Design Production Scenery Workshop is proud to announce its involvement in the newly released ‘Save the Cinema’ film for Sky. 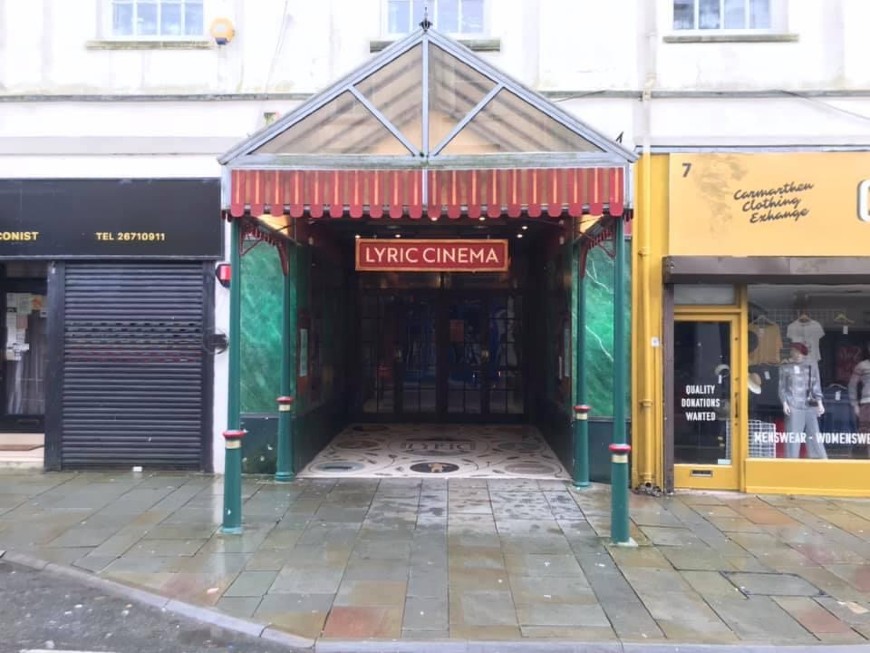 The film ‘Save the Cinema’ is a true story looking back at Liz Evans’s campaign to save the Lyric Theatre from closing in Carmarthen. Stars such as Jonathan Pryce, Samantha Morton, Tom Felton, Adeel Akhtar and Susan Wokoma feature in the film.

As the production started, art director Gwyn Eiddior visited UWTSD’s Carmarthen Campus to see if there were any props or scenery he could possibly use for the film as it was being filmed in Carmarthen. After requesting on social media later that day for use of a workshop to build sets for the film in Carmarthen, Lecturer Dave Atkinson suggested for them to use the facilities at UWTSD.

As a result of this, the film’s construction team were based at UWTSD’s Set Design Production Scenery Workshop, meaning that all of the construction work and scenic art created for the film was made on campus. Along with Dave who was employed as the workshop manager, two graduates from the BA Set Design & Production course, Mari Hullett and Ashley Phillips were fortunate to gain work from this project in the scenic art and graphics departments.

They worked alongside the experienced production designer Jonathan Houlding who has  worked on high-end screen productions such as ‘Love Actually’, ‘Band of Brothers’ and ‘The Martian.’ Dave adds,

“We created a variety of scenery for the film. Largely dressing for the Lyric Theatre, and the theatre scenery they were filming on. The hairdresser’s salon was the largest build which was an empty shop. We had to reinstall a whole salon in there. One fun element to make was the Big Breakfast set – we made the bedroom where they interviewed people.” 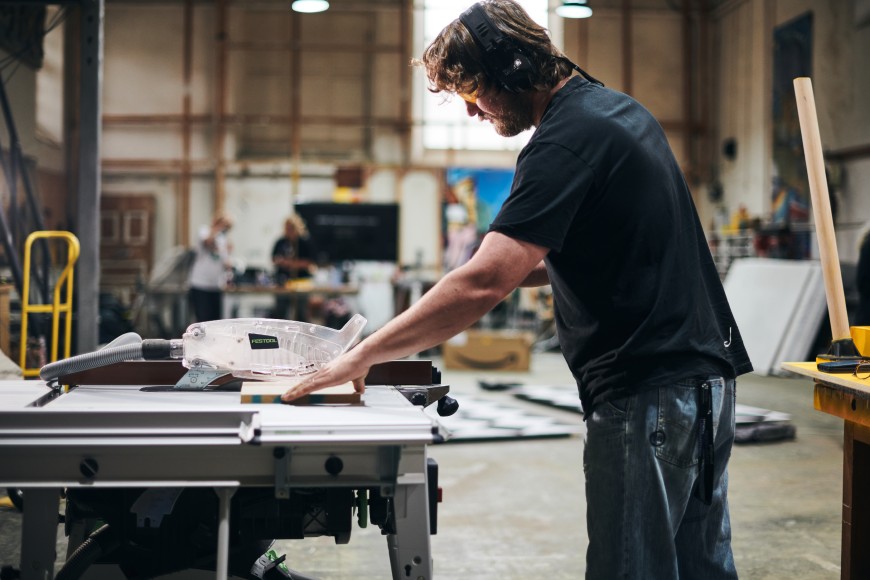 “Working on ‘Save The Cinema’ as a scenic artist was an amazing opportunity and I will always value my time being involved in the production as an experience to take further into my career. I am extremely grateful for the chance of working alongside the friendly and highly skilled scenic and construction team as I was able to learn so much from them. I was also able to work on different roles within the art department such as graphic props, which I greatly appreciated as I got to experience a broader spectrum of skills involved on a film set. As a whole, it was a really heart-warming experience to be a part of a project that involved my university town and the wider community. This was also my first professional role on a film project which has opened my eyes to the growing opportunities within the film industry in Wales. I am very excited to see this on-screen!”

An experience like this has been a fantastic opportunity, and a chance for the students to have an insight into the industry. Dave Atkinson adds:

“Welcoming Sky Cinema onto campus has given UWTSD Carmarthen the opportunity to not only showcase the high-quality practitioners that graduate from the Set Design & Production course, but to also exhibit the facilities we have, such as the scenery workshop which is equipped with top of the range tools and machinery.” 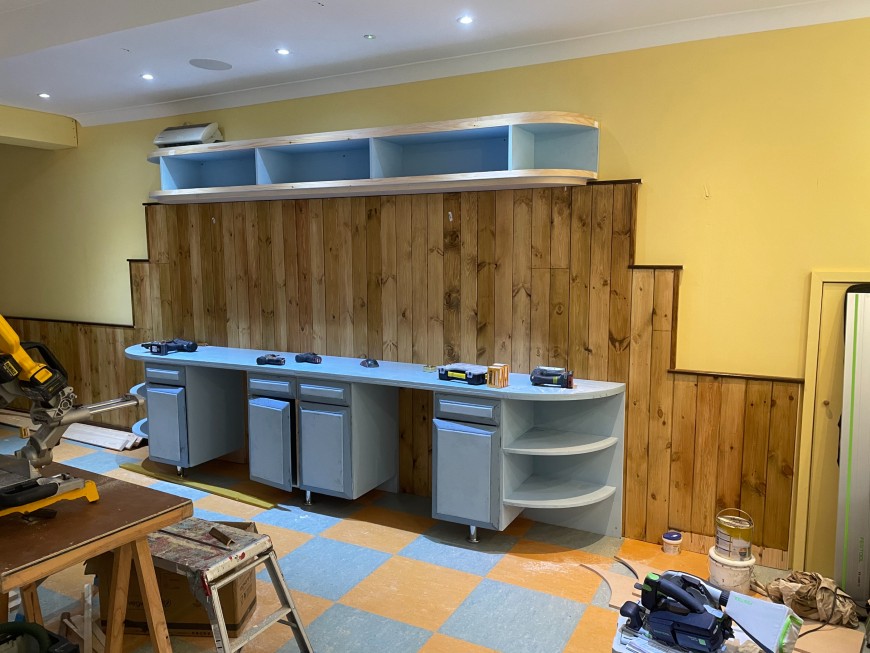