Soledad Valeria Davies has graduated with a Master’s degree in Cultural Astronomy and Astrology at the University of Wales Trinity Saint David’s Lampeter campus. 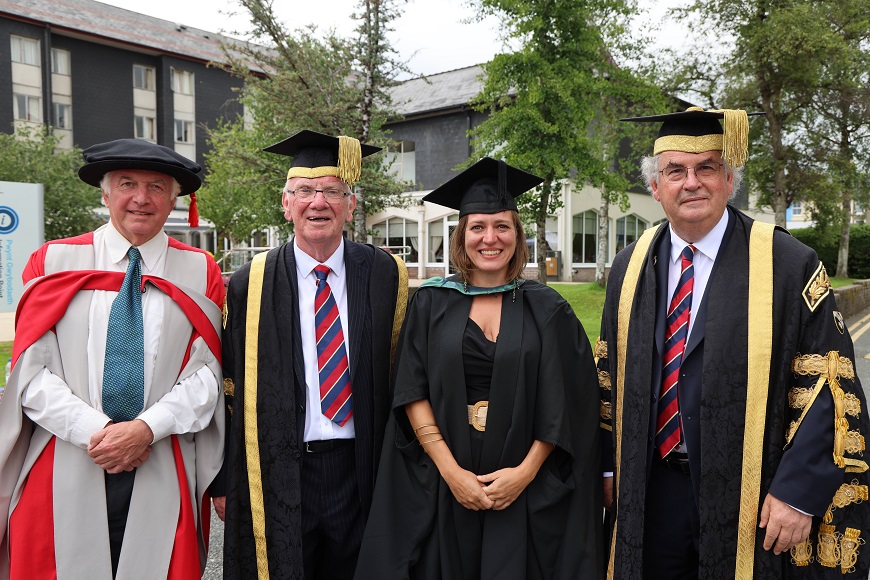 Soledad is the 5th generation of a Welsh family who emigrated from Rhymney to live in Patagonia in Argentina during the Nineteenth Century. The region is famed for the Welsh families who migrated there at the time to establish a Welsh settlement, Y Wladfa.

Soledad’s  family have maintained their Welsh traditions, including singing Welsh hymns and cooking Welsh dishes and take great pride in their history which has been documented in their family bible. 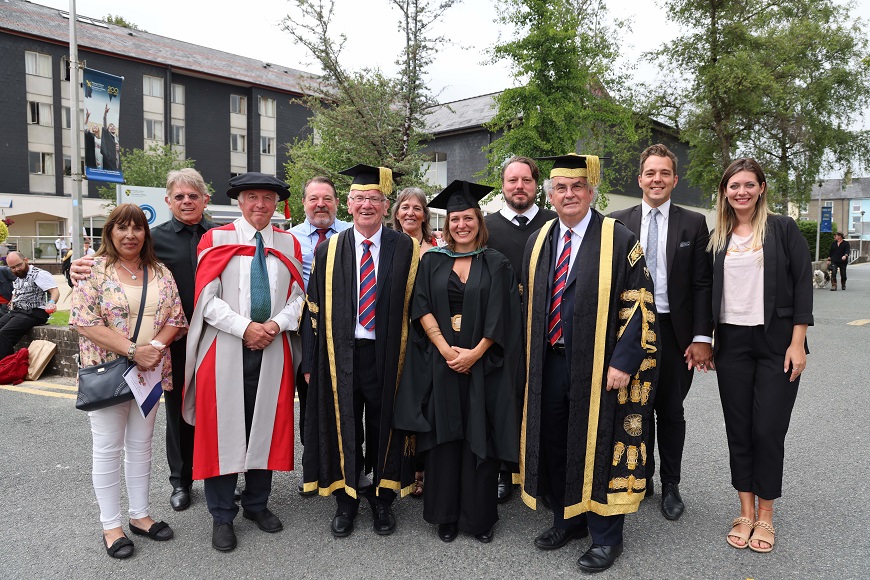 Soledad and her family attended the graduation ceremony

Soledad was accompanied by her family who had travelled from Argentina to attend the graduation ceremony.  While visiting Wales they intend travelling to Rhymney to trace the family’s roots.

Soledad said of her master’s degree: “The course has been amazing.  I was previously frustrated with academia, but the lecturers here are so inspiring my mind and my heart are now open to studying”.

Dr Nicholas Campion, Programme Director of MA in Cultural Astronomy and Astrology and Director of the Sophie Centre for Cosmology in Culture and the Harmony Institute at UWTSD said: “It’s a fantastic honour to have a student from a Welsh family who migrated to Patagonia some centuries ago who has come back to study in Wales.  It is a real homecoming and we’re very proud of Soledad’s achievements.

“This Master’s programme is unique as it is the only academic degree in the world which explores the meaning and significance that people attribute to the stars and the planets.  The programme deals with all cultures and all time periods”.