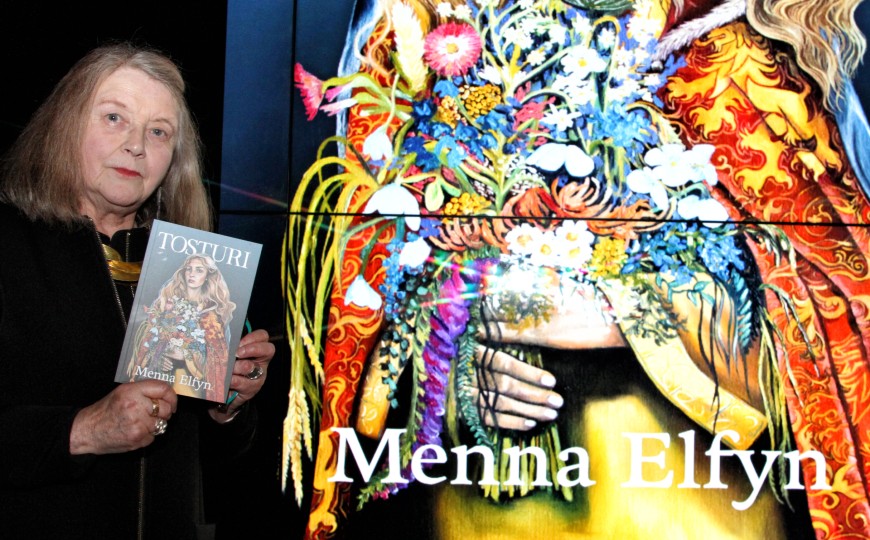 During the launch held at Canolfan S4C Yr Egin, there were readings from the volume, as well as a conversation between Menna and her friend, Elinor Wyn Reynolds, and a few songs by Menna's daughter, Fflur Dafydd.

This is the first volume of poetry published solely through the medium of Welsh by Menna for ten years.  'Tosturi' is a collection of poems that elegize and eulogize, remember and provoke, challenge and lament, as the poet responds to the wrongdoings against women over the centuries.

The volume contains a variety of poems including some autobiographical and political poems, those inspired by lockdown, and a few about nature.

“I reflected long upon the word 'Tosturi’ [Compassion], and I suppose this is one of the great emotions in my poetry when responding to life's intense, exuberant and exciting turns.  What I then try to do is calm the feelings as I note them as words on paper in the hope that others, readers or listeners, will be able to identify with feeling, over again, the kind of pain or thrill I had in expressing them. There are a number of poems about women, both serious and humorous, many poems about nature and lockdown, and the struggle with the spiritual world with poems such as 'Iachawdwriaeth’, [Salvation] and 'Amen’.

"I also like to discern the irony of life and although poetry cannot change the world, a poet often wants to change a few of our approaches to living and being in the present-day world.”

“This is the fifteenth volume of poetry that I have published and the first in Welsh for a while, so I am very proud of it for that reason, and grateful to Barddas for embracing the volume from the outset in wanting to publish it.” 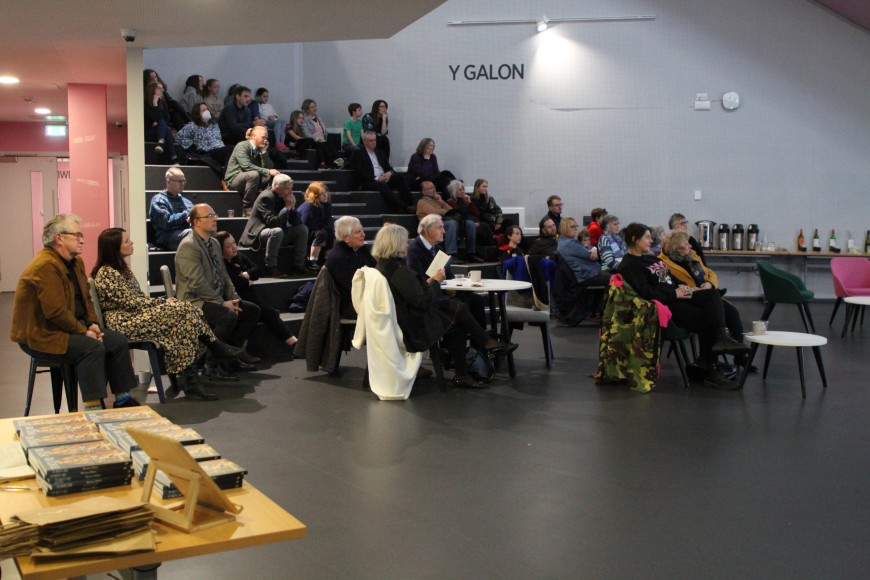 To accompany the poems, the artist Meinir Mathias has created striking illustrations throughout the book including a special drawing on the cover of Catrin Glyndŵr, one of the women with a poem dedicated to her in the volume. Meinir said,

“I was so pleased to receive this commission from Menna Elfyn for this incredible book and the opportunity to respond to her poems. I have a lot of respect for Menna and everything she has achieved and she is an inspirational contemporary Welsh woman and a creative role-model for women.

"The challenge of working on a drawing of Catrin Glyndŵr was very appealing to me. Historical characters from Welsh history are not very well represented in Art and female figures such as Catrin Glyndŵr are rarely seen in works of Art. Researching the clothes and styles worn by figures during this period was part of the research for this commission and it was very interesting to reimagine Glyndŵr's coat of arms on her cloak. While working on the commission, some decisions about her appearance were discussed with Menna."

“We made the decision to portray her on her wedding day. The flowers are a bouquet of wildflowers to represent the beauty and frailty of the Welsh landscape with which she is interconnected. Her hair is down, loose and wild in contrast to what was expected of women of stature at that time, which refers to her strength of character and rebellious nature. The bright colours of her clothes suggest the importance and status of her lineage. Compared to the bright cover, the black and white drawing of her in the tower has a very different tone with harsh contrasts, empty of colour, reflecting the situation and the feeling of being captured like a bird in a cage."

The volume 'Tosturi' by Menna Elfyn is now on sale in local shops. 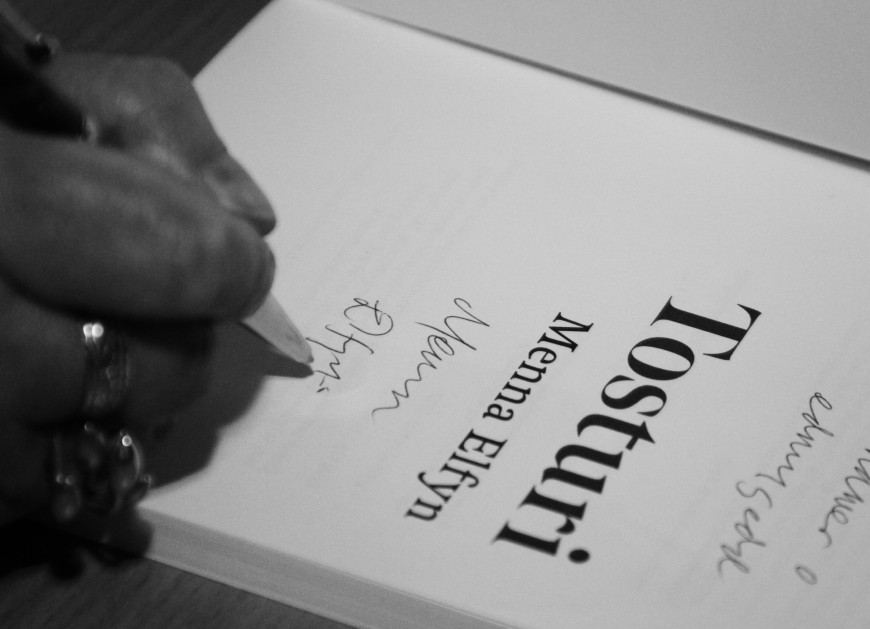