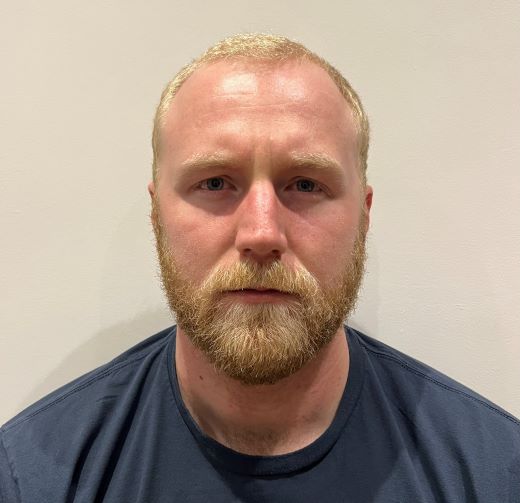 Kane, enrolled at UWTSD’s Swansea Business campus in 2017. Alongside his studies he signed up to the Police Student Volunteer (PSV) scheme that UWTSD formed with South Wales Police.

To date Kane has undertaken 180 shifts, completing 1,180 hours of volunteering, mostly at Swansea’s Help Point set up to look after injured, intoxicated and vulnerable people.

Kane said the opportunity to work closely with the emergency services had given him the confidence, skills, and expertise to apply for a role with South Wales Police.

He added: “As my future plans were set on joining the Police, the Public Services degree at UWTSD was the obvious choice for me. Rather than focusing on studying just policing I thought it best to keep my options open as my mind could change. However, the volunteering opportunities with South Wales Police made me realise it is definitely the right career for me. I had a chance to work closely with police officers on a regular basis.”

Kane was named ‘South Wales’s most experienced Student Volunteer,’ winning an award for his dedicated volunteering at the Swansea Help Point, where he has played a vital part in keeping people safe.

Kane said volunteering with South Wales Police, at the Help Point in Wind Street, where peoples’ safety is a main focus and working directly with the public in challenging conditions, is hugely beneficial for anyone who wishes to seek a career as a Police Officer.

“Helping in this way is so important to me and something I wish to continue doing,” he said. “That’s why I have decided to begin my policing career as a PCSO with South Wales Police. Thanks to my volunteering, what I’ve learned, all of the skills I developed, the relationships I built, and people I have met along the way; joining the police was a smooth process and my interviewers said my experiences through volunteering in this way were impressive.”

The Swansea Help Point was set up by the Police and Crime Commissioner in 2014 with Home Office Innovation funding as an initiative to reduce the strain on emergency services in the night-time economy. The Help Point runs on Wednesday and Saturday evenings at Wind Street, Swansea between 10 pm and 4 am, looking after injured, intoxicated and vulnerable people. So far it has helped over 5,000 people. The Help Point is a multi-agency initiative with South Wales Police, St John’s Ambulance, UWTSD, Welsh Ambulance Trust and ABMU Health Board working together and based in the Strand behind Wind Street. When the Help Point is open, a Nurse, Paramedic, Rapid Responder, a Police Officer, St Johns first aiders and student police volunteers, from the universities in Swansea, all operate the scheme.

Quite often, the individuals attending the Help point are students that aren’t local, therefore calling a family member to come and collect them is impossible. The Help Point won’t release the individuals until they are able to look after themselves, or if a friend can collect them.

UWTSD Academic Director Bronwen Williams said: “Kane joined us at UWTSD in September 2017 to start a degree in Public Services and on successful completion of his degree he continued his studies in 2020 onto the MA Criminal Justice and Policing. Alongside his studies he signed up to the Police Student Volunteer (PSV) scheme that UWTSD formed with South Wales Police.

“Kane undertook his role as a PSV with gusto, he has committed hundreds of hours to volunteering and getting involved with the many community-based schemes organised by South Wales Police.

“The biggest role Kane undertook was his work at the Swansea Help Point, giving up many hours to work in the night-time economy to help keep Swansea City safe and look after the patrons to Wind Street on key nights such as Wednesday and Saturday.

“These shifts involve working 10pm to 4am. Kane has worked for 5 years at the Help Point and became a team leader there, leading the volunteers on patrols of the city centre and fetching patients back to the Help Point. This service involves looking after vulnerable, injured, and intoxicated people in the city centre on a night out.

“Kane has been a key asset to this work and a valued member of the team and has developed his skills in teamworking, communication and leadership which will hold him in good stead as he moves into his new role as a PCSO for South Wales Police.  The work experience with the Police alongside his studies has enhanced his knowledge and understanding of working within the public sector and has prepared him for his new role. We are very proud of his achievements.”