The University of Wales Trinity Saint David has announced that the winner of the Norah Isaac Memorial Prize 2022 is Ffion Hann-Jones, a BA Primary Education with QTS student from the Swansea area. 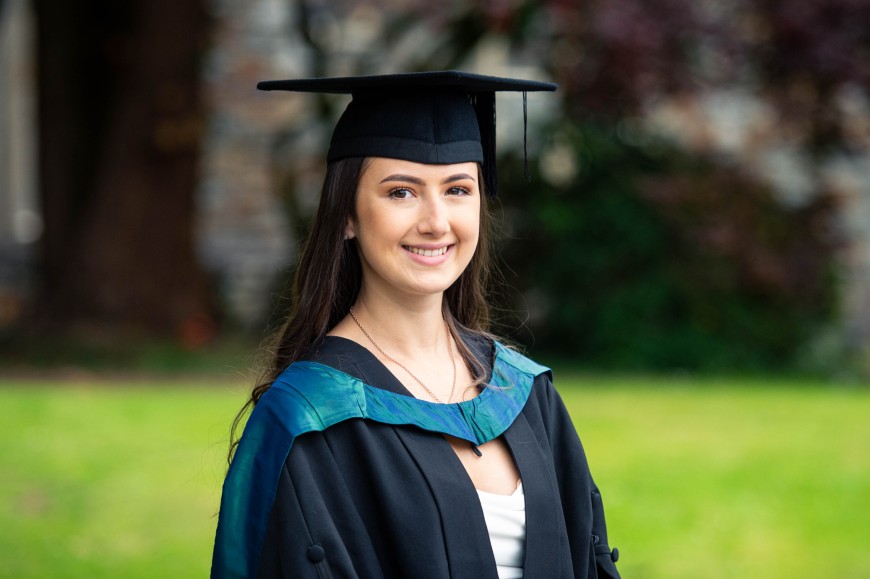 The Norah Isaac Memorial Prize is awarded to the student who, in the opinion of the University, has contributed most to the Welsh life of the institution during the academic year.

Norah Isaac was Principal Lecturer in Drama and Welsh at Trinity College Carmarthen for many years, where she inspired generations of students. She nurtured cohort after cohort of students to become skilled teachers and they in turn thanked her for the opportunity they were given to learn at the feet of a master.

With the support and through the generosity of Carmarthen Civic Society, it was arranged that Ffion would receive her award in a reception held earlier this week at Carmarthen campus.

Ffion has been a superb ambassador for the Welsh language during her time at the University. During her second and third year, she was ambassador for the Coleg Cymraeg Cenedlaethol (CCC), where she was kept busy on social media making clips, sharing information and drawing attention to University events on Tiktok and Instagram. She also had an opportunity to record interviews for BBC Radio Cymru sharing her experience as a student who studied through the medium of Welsh. She also collaborated with various departments within the University, such as the department of health and wellbeing in order to attract others to study through the medium of Welsh. Also, as an ambassador, Ffion jointly helped plan Freshers’ Weekend, as well as helping to organise Open Days, speaking with schools and sixth form colleges, and had the opportunity also of an internship with INSPIRE.

Ffion said: “As a girl from a family where no-one spoke Welsh, the fact that I succeeded in getting a degree and accomplished extra-curricular activities through the medium of Welsh is a huge privilege. Furthermore, the fact that I was nominated for the award as a result of my hard work drawing attention to the importance of the Welsh language lifts my heart.”

Following successful teaching experiences, Ffion will start work as a primary school teacher in September, whilst continuing to be an ambassador for the Welsh language and its culture.  She added:

“As a primary school teacher in a designated Welsh language school, it’s singularly important that I teach the children how critical it is to safeguard the language for the future.” 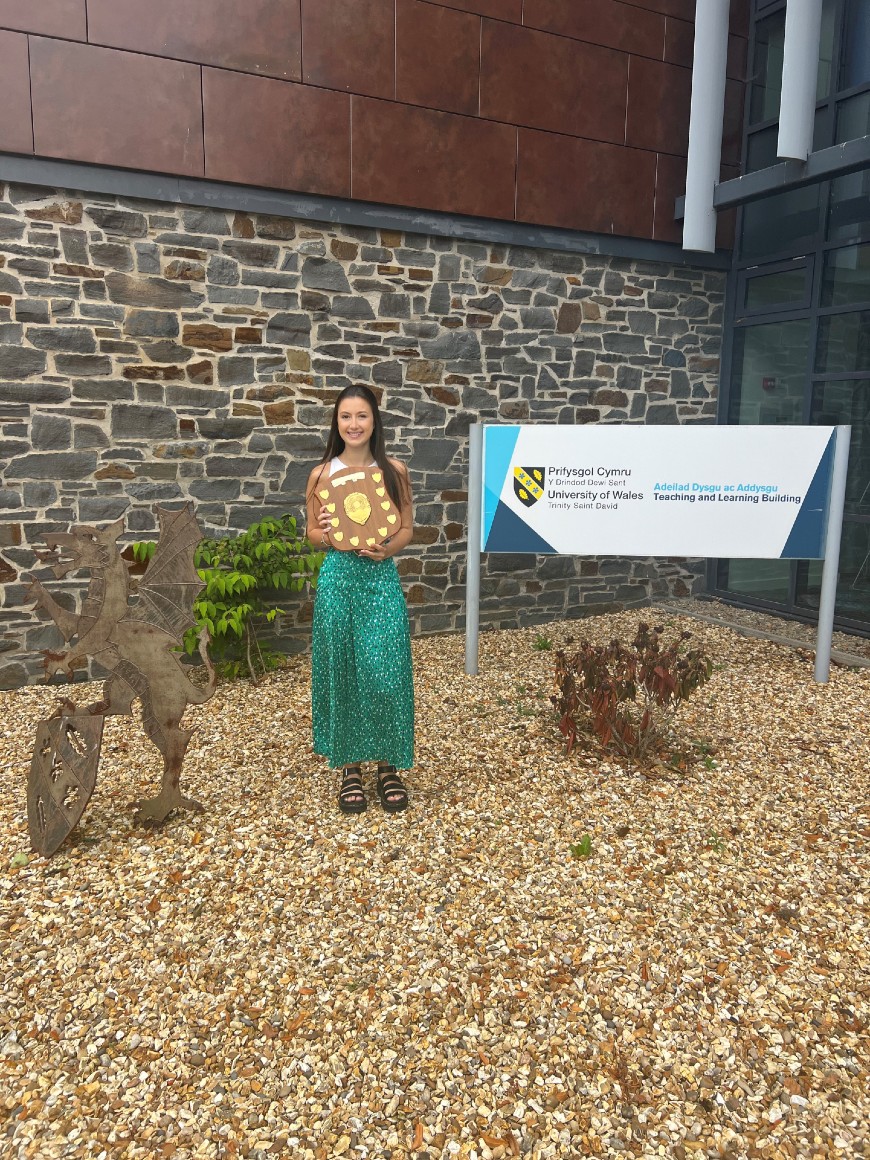 Aled Williams, a lecturer at the University’s Athrofa – Centre for Education adds: “Ffion graduated this year having studied a three year BA Primary Education course. She proved to be a conscientious student throughout her course. Education through the medium of Welsh was important to her. As a student representative, she was a strong voice for her fellow students and for the Welsh language within the University.

“As an aspiring teacher, she had energy and enthusiasm. One of her main qualities was her desire always to maintain very high standards, a feature that Norah Isaac herself would be proud of.

“In September, she starts in her first post as a teacher at Bryn-y-Môr school. As a University, we wish her well and we are fully confident that during her career, she will make a positive difference to the lives of the children of Wales.”

“Carmarthen Civic Society has sponsored this award since 2015. As a Society, our aim is to promote pride in our community. It is very appropriate that we associate with this award the name of a pioneer in the world of education, such as Norah Isaac, who was so passionate about developing the talents of young people. We congratulate Ffion Hann-Jones on her success and we wish her well for the future.”

“The University very sincerely congratulates Ffion on her success. She absolutely deserves this honour in the wake of her valuable contribution in promoting the Welsh language in the university and also for recently achieving a first-class degree. We wish her all the best in her career as a teacher at Bryn-y-Môr Welsh School, Swansea.”