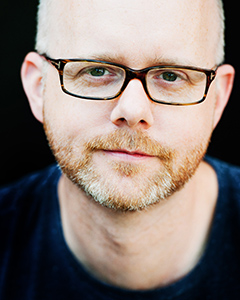 Roger Williams is an award-winning writer and producer working in both the Welsh and English languages. His drama series BANG won the Bafta Cymru Award and Celtic Media Festival Award for best drama series in 2018, and he was nominated for a Writers’ Guild of Great Britain award for his work on the show.

He wrote and produced the feature film – THE FEAST – which premiered at SXSW in 2021 and has won awards at the BiFAN, Motel X and Neuchatel film festivals. It was released in North America in 2021 and in the UK in 2022.

Roger has won the BAFTA Cymru screenwriting award twice for TIR (2015) and CAERDYDD (2010). He has written dramas for BBC, Channel 4 and S4C.

Roger is the CEO and Founder of production company JOIO and was the Chair of the Writers’ Guild of Great Britain 2012-2015. He is a graduate from the University of Warwick where he studied Comparative Literature (1992-95).