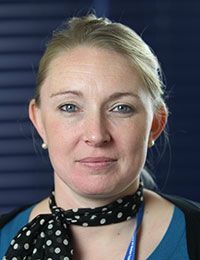 Born in South Wales, educated in Wales and Spain, Abi obtained her BEng in Motorsport Engineering & Design at Swansea Institute of Higher Education in 2003. She carried out her MPhil in the Developmental Imperatives for Internal Combustion Engined Vehicles in the same department. Abi worked in the motorsport industry for a number of companies notably the TVR Tuscan Challenge and the GT championships, as well as the British Rally Championship.

Abi is now a Senior Lecturer in the School of Automotive Engineering and is admissions tutor and programme director of the HND & BSc courses. His other interests include national level rally co driving, national level endurance horse riding, as well as being on the organising committee of a road rally as part of the welsh road rally championship.

Her main responsibility in the School of Automotive Engineering is the delivery of all Engineering Science modules.