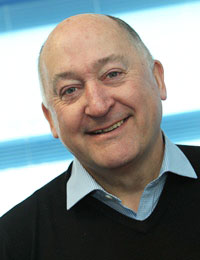 Andy is a former chief officer with thirty two years experience within the police service, having served with two Welsh police forces in a variety of operational and administrative roles. He has a wealth of command experience and has been responsible for leading police and multi agency operations ranging from the investigation of serious crimes in action, counter terrorism operations, firearms operations, cold case homicide reviews and public protest through to the management of critical incidents, complex internal investigations and the development of all Wales policing strategies.

As the country's first regionally appointed chief officer he developed collaborative working between the four police forces in Wales, leading joint approaches in a range of operational and organisational support functions. Acknowledged as an enthusiastic developer of people he led on the attainment by Dyfed-Powys police of numerous Charter Mark and Investors in People awards.

He has interests in leadership development, organisational cultures and reflective practice.

Team and organisational learning from crises

Extensive experience of strategic and tactical management in an emergency service.

Is a Non-Executive Director in three organisations, one a large commercial concern, one a pan-Wales charity and the third an oversight committee.