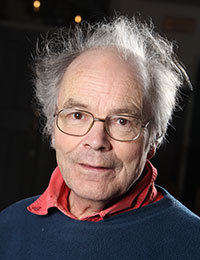 I am currently offering research degree supervision in the areas of Wittgenstein and the philosophy of religion.

My most significant publications are in the areas of philosophy of mind and time. These include: Other Human Beings (Macmillans, 1990), Other Times: Philosophical perspectives on past, present and future (Cambridge University  Press, 1997); An Introduction to the Philosophy of Mind (Palgrave, 2001). My current research focuses on the areas of mind, language and love.