Universities, Race and Slavery: From Liverpool to Lampeter

The ‘Black Lives Matter’ and ‘Rhodes Must Fall’ movements have brought renewed attention to the ongoing legacies of slavery, racism and colonialism in all aspects of society - including higher education.

Here, Dr Alexander Scott, Lecturer in Modern History at the University of Wales Trinity Saint David, explores these contemporary issues and discusses the connections of cities, universities and prominent individuals to transatlantic slavery and abolitionism. 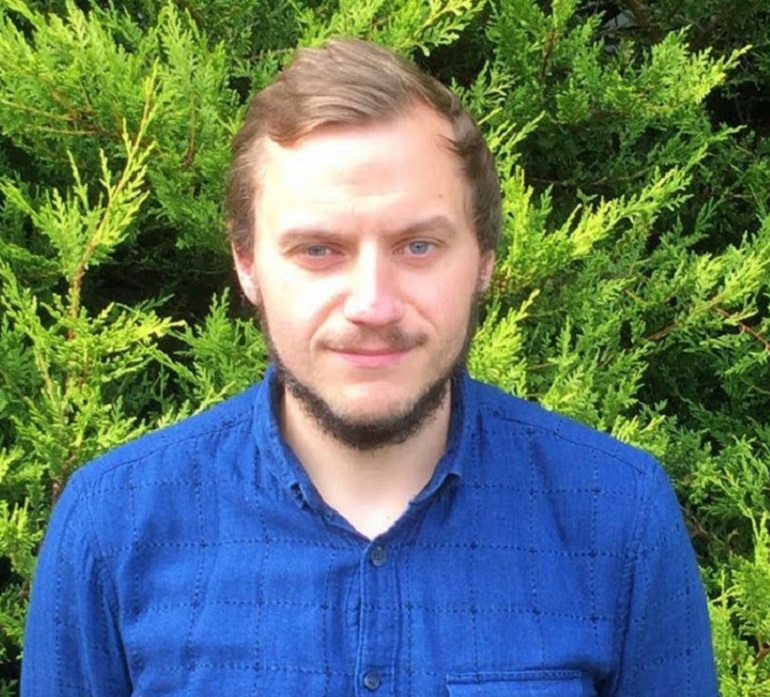 As a white, male academic, I have no experience or first-hand knowledge of the injustices and discrimination which are motivating Black Lives Matter protests across the globe.

Even so, my upbringing, education and professional career have been surrounded by the history and contemporary realities of racism and colonialism.

Coming from Liverpool, histories of empire and slavery are hard to ignore. Transatlantic slavery was Liverpool's original raison d'être, fuelling its rise from insignificant fishing village to become one of the world's richest cities during the Georgian and Victorian eras. From the late sixteenth century through to the abolition of the slave trade in 1807, around 1.3 million Africans were transported to the Americas aboard ships registered in Liverpool. This accounts for roughly 12% of the total number of slave voyages undertaken across the four-hundred-year chronology of transatlantic slavery. Liverpool was essentially the capital of the slave trade.

As a child, I have vivid memories of being taken to an exhibition on slavery at the Merseyside Maritime Museum. In particular, I recall seeing the Middle Passage exhibit, and getting frightened by a model of rabid dog which was part of display recreating a ship's interior.

Being born in 1980s Liverpool, I grew up in the metaphorical shadow of racial tension. My mother taught at primary schools in Toxteth, the south Liverpool district historically home to the majority of the city's black and minority ethnic population. Toxteth was then synonymous with the 1981 disturbances which saw members of the local community fight back against police violence and racial discrimination. The 'riots' – or uprising as they are often known locally – were a recurrent feature of folk memory throughout my childhood.

In fact, the Maritime Museum display which scared me as a child was one of their indirect legacies. 'Transatlantic Slavery: Against Human Dignity,' a gallery opened in 1994, was created in response to a report detailing how racial discrimination was embedded in Liverpudlian society. Tellingly titled Loosen the Shackles, the 1989 Gifford Report cast light on both the extreme deprivation experienced by the African Caribbean community and its lack of representation in the city's public institutions.

The formative stages of my adult life were also spent in cities with connections to slavery. I went to university in Lancaster, Britain's fourth-largest slave port, and had a year abroad in St Louis, a city with a majority African American population which still bears hallmarks of racial segregation. During my time there, the University of Missouri St Louis put on bus trips for international students to go shopping at supermarkets in Ferguson, a settlement on the outskirts of the city. A few years later, Ferguson gained international notoriety when a police officer shot dead Michael Brown, an unarmed African American student.

As a postgraduate, I delved deeper into Liverpool's history of racism and imperialism. My PhD thesis examined how the city's museums thrived because of trading connections with British colonies, particularly those in West Africa. Another aspect of my research looked at the racial pseudoscience used to organise the museum's anthropological galleries in the early twentieth century.

Joining UWTSD in 2015, though, I might have expected my new place of work to be disconnected from histories of race and empire. Mid-Wales can seem remote from the major forces that have shaped modern history.

But the longer I have spent in Lampeter, the more I have come to appreciate that the town and its university are entangled in wider historical trajectories.

Research by Chris Evans and others has, for instance, teased out links between mid-Wales’s wool industry and transatlantic slavery.

Superficially, the original St David's College, founded in 1822, can be viewed as having been on the 'right side' of these historical controversies. Its founder Thomas Burgess was a public supporter of emancipation. Prior to becoming Bishop of St David's, Burgess published Considerations on the Abolition of Slavery, a 1788 pamphlet which dismantled theological arguments used by apologists of the slave trade.

Burgess was friends with William Wilberforce, Hannah More, Henry Thornton and other members of the Clapham Sect, a set of evangelical reformers noted for their opposition to slavery. More, Wilberforce and Thornton all became patrons of St David's College.

Another key benefactor John Scandrett Harford, who donated the land on which the university's main buildings still stand, was also a committed abolitionist.

So far so good.

Yet this belies a more complicated picture.

Harford and his father-in-law Richard Hart Davis, the previous owner of Lampeter's Peterwell estate, were both natives of Bristol, and their families' wealth derived in large part from transatlantic commerce.

Whatever their political convictions, as Bristolians Harford and Davis lived and worked in proximity to a crucial hub of the triangular slave trade.

Furthermore, both Harford and Davis were members of the Society of Merchant Venturers – an organisation that counted many slavers as fellows, and which for several centuries has played an active role in Bristol's civic life. In 1895, the Merchant Venturers helped fund the erection of a statue dedicated to Edward Colston, an official for the Royal African Company and a major figure in the slave trade. In 2019,  the society obstructed efforts to have a new plaque placed besides Colston's statue, the toppling of which on 7 June is already an epochal moment in British history.

Underlining his connectedness to transatlantic slavery, Harford had a close relationship with Philip John Miles, a millionaire banker who owned sugar plantations in Jamaica and Trinidad. The pair were partners in the Miles Harford bank, an institution into which subscriptions for the founding of the Lampeter college were deposited. Philip John Miles also followed Harford's example in combining business interests in Bristol and Wales, purchasing the Cardigan Priory estate in 1832.

If Miles and Harford's partnership represents a tangential link between the university and slave ownership, the figure of Thomas Phillips offers a concrete one.

Phillips, who also founded Llandovery school in Carmarthenshire, was a major benefactor of St David's College, endowing several scholarships and donating it 20,000 books – a contribution which marks one of the foundations of the university library's special collections.

A learned and well-travelled surgeon for the British East India Company, Phillips's various business interests included ownership of the Camden Park plantation in St Vincent – a property for which he, like Miles and other slave owners, received compensation upon the abolition of slavery in 1836.

Phillips's status as a slave owner has been downplayed in previous historiography – and in the university's own publicity.

As the entry on University College London's Legacies of Slave-ownership website points out, no mention of Phillips having slave interests is included in his entry in the Oxford Dictionary of National Biography.

Phillips's biography was written by Canon DT William Price, a former Lampeter lecturer and the writer of the authoritative history of St David's College, first published 1977. Price's history opts not to discuss slavery or abolition.

More recent appraisals have also tended to adopt a defensive posture about Phillips.

A catalogue written to mark an exhibition celebrating Phillips's life inferred that Phillips was merely 'an absentee landlord' of the St Vincent plantation and that he 'was solicitous of the welfare of his slaves before manumission.'

Egregious as notion of the 'good slave-owner' is in its own terms, this image of Phillips as relatively beneficent is not one borne out by recent research. Nicholas Draper has noted that one quarter of Camden Park's enslaved population died between 1822 and 1825, and that the same proportion of casualties was recorded in 1825 to 1828.

More work needs to be done to explicate Lampeter and the university's connections to slavery and empire. My research so far has only scratched the surface. UWTSD's special collections contain a treasure trove of documents relating to empire and slavery, including original versions of texts by abolitionists such as Olaudah Equiano and Granville Sharp. Nicky Hammond of the Roderic Bowen Library and Archive has begun to piece together the life stories of graduates who became missionaries in Britain's formal and informal empire. And our students make excellent use of the university archives in research projects on Wales, slavery and empire, including work by postgraduates Hilary Slack and Shemaraiah Bloomfield-Johnson.

Teaching modules such as 'Routes and Roots of the Black Atlantic: Cultural Histories of the African Diaspora' and 'Age of Empire: The Colonial Project and the Humanities' has given me the chance to discuss approaches to commemorating the colonial past with undergraduates. The most stimulating aspects of these modules is learning from students. I often find myself ‘catching up’ with their positions. This reflects the character of contemporary debates, which have been led by students not academics. Rhodes Must Fall began as a student movement at the University of Cape Town, and its influence has since spread to campuses around the world.

However, there remains little room for complacency when addressing universities' contested pasts.

Universities are part of the system of racism that Black Lives Matter is protesting against. Various structural barriers hamper access to higher education by members of black and minority ethnic communities. They also hinder the career prospects of people of colour within academia.

This is particularly true of my own discipline.

In 2018, the Royal Historical Society published a report highlighting the unrepresentativeness of history as an academic discipline. Its findings demonstrated that cohorts for history courses feature lower proportions of black and minority ethnic students (11.3%) than the overall UK undergraduate population (23.9%). The situation is exaggerated at postgraduate level, with just 8.6% of research students from BME backgrounds.

The problem is even more acute at the front of the lecture theatre. Academic historians are overwhelmingly white (93.7%). Only 0.5% of history staff identify as black. In effect, the chances of being taught by a lecturer of African heritage at UK universities are at best 1/200.

As Meleisa Ono-George has impressed, universities are 'not site[s] of neutrality, separate from the historic and embedded structures of inequality and power.' Rather, they 'played a central role historically within the colonial project and still today in creating and shoring up social inequalities.'

Black Lives Matter and Rhodes Must Fall call for more than tearing down statues or changing the names of halls of residence. They insist upon decolonising university curricula and for greater representation of people of colour throughout the academy.

Universities are required to develop equality strategies to tackle systemic racism and historic injustices. These should have clearly defined, measurable actions. The University of Glasgow has pointed one way forward. In 2019, it established a programme of restorative justice based on the findings of a report into historic benefactors’ links to the slave trade.

Dr Alexander Scott is a cultural historian, with an emphasis on the history of cities and museums. He holds a PhD in History from Lancaster University, and has been Lecturer in Modern History at UWTSD since 2015. His most recent publication explored the history of the Victorian animal trade, and exhibitions of exotic species such as gorillas and chimpanzees. Dr Scott teaches a range of modules on topics such as urban history, the history of cinema, the history of colonialism and Black Atlantic history.